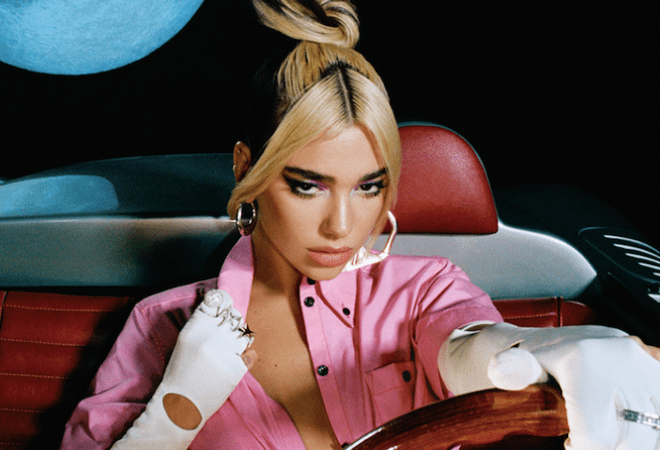 Dua Lipa is hitting the road on tour in support of her hugely successful album ‘Future Nostalgia’ – rescheduled dates confirmed for spring 2022.

The hitmaker took to social media to share a statement saying, “I’m utterly heartbroken that we’re not able to proceed with my UK and European tour this September and October.Please hold onto your tickets, as they remain valid for the rescheduled dates. I can’t wait to be back on stage and reunited with you all and have also added even more dates, which go on sale this week. Love, Dua.”

CHECK OUT THE MUSIC VIDEO FOR ‘DON’T START NOW’ HERE:

She went on to release a remixed version of the full-length entitled ‘Club Future Nostalgia’, followed by a second new edition of the album ‘The Moonlight Edition’.

Upon the album’s initial release, Dua Lipa commented, “What I wanted to do with this album was to break out of my comfort zone and challenge myself to make music that felt like it could sit alongside some of my favourite classic pop songs, whilst still feeling fresh and uniquely mine. I was inspired by so many artists on the new record from Gwen Stefani to Madonna to Moloko to Blondie and Outkast, to name just a few.”


She continued, “Because of the time that I’d spent on the road touring with my band I wanted ‘Future Nostalgia’ to have a lot more of a live element, but mixed together with modern electronic production. My sound has naturally matured a bit as I’ve grown up but I wanted to keep the same pop sensibility as I had on the first record. I remember that I was on my way to a radio show in Las Vegas thinking about the direction for this new record and I realised that what I wanted to make was something that felt nostalgic but had something fresh and futuristic about it too.”

Don’t miss out on tickets for Dua Lipa’s tour – they’re sure to be in high demand!