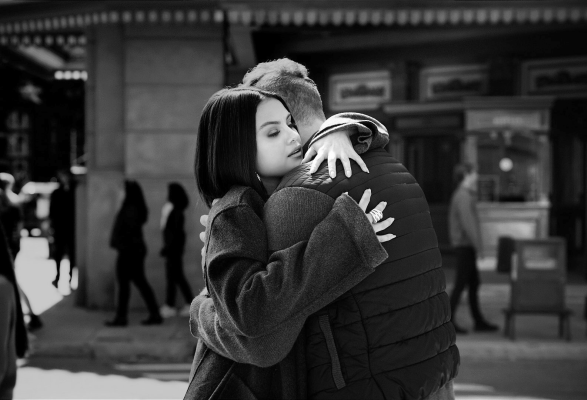 The cinematic Escher-inspired black and white video was directed by Dave Meyers and stars frontman Chris Martin alongside Gomez.

The slow-burning, heart-breaking track is taken from Coldplay’s ninth album ‘Music Of The Spheres’, which has already accumulated over a billion streams.

The single is the follow-up to ‘My Universe’ featuring K-pop superstars BTS. The song made history as the first Billboard Hot 100 No.1 by two co-billed lead groups. Furthermore, Coldplay became the first British band ever to debut at No.1 on the Hot 100 with the collaboration.

The band are currently gearing up to hit the road on their massive eco-friendly Music Of The Spheres World Tour, including a run of stadium shows in London and Glasgow this August.

*with H.E.R.
^with London Grammar