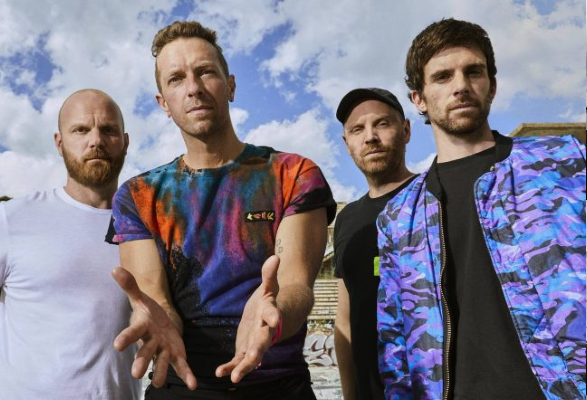 Coldplay will bring their ‘Music Of The Spheres World Tour’ to London & Glasgow in August 2022 plus special guests including H.E.R. & London Grammar.

*with H.E.R.
^with London Grammar

The Music Of The Spheres World Tour will kick-off in March 2022 with the band’s first ever show in Costa Rica, before heading to the Dominican Republic, Mexico, USA, Germany, Poland, France, Belgium and the UK.

Back in 2019, the multi-platinum-selling quartet committed to making their future tours as environmentally beneficial as possible. As a result, their official tour announcement is accompanied by a comprehensive set of sustainability initiatives and environmental commitments, including a pledge to cut tour emissions by 50%, shows powered by renewable energy and one tree planted for every ticket sold – full details here.

The band commented, “Playing live and finding connection with people is ultimately why we exist as a band. We’ve been planning this tour for years, and we’re super excited to play songs from across our whole time together.

At the same time, we’re very conscious that the planet is facing a climate crisis. So we’ve spent the last two years consulting with environmental experts to make this tour as sustainable as possible, and, just as importantly, to harness the tour’s potential to push things forward. We won’t get everything right, but we’re committed to doing everything we can and sharing what we learn. It’s a work in progress and we’re really grateful for the help we’ve had so far. If you’d like to come to a show and sing with us, we’re so excited to see you.”

Order the ‘Music Of The Spheres’ album for first access to tickets here.