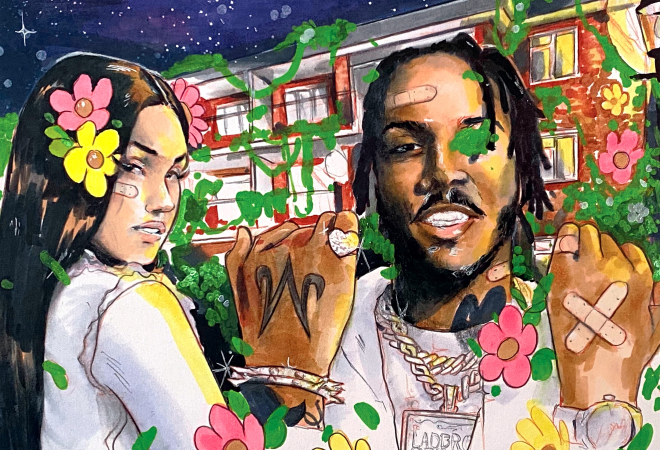 The reunion comes four years after AJ featured on Mabel’s ‘Thinking Of You (Remix)’ and is an ode to their hometown of West London.

‘West Ten’, produced by Fred again.. and Take A Day Trip, was accompanied by an Oliver Jennings music video starring both the artists. The visuals follow the pair through a parallel West London universe, with AJ and his friends standing outside a Ladbroke Grove corner shop as Mabel sings from the flat above before both taking to the rooftops in designer gear for the grand finale.

The track follow’s the rapper’s latest chart-climbing Silver-certified single ‘Dinner Guest’ ft. MoStack, which spent eight weeks inside the UK Top 10. The AJ also recently appeared on the star studded No.1 charity single ‘Times Like These’ as well as joined forces with Aitch for the Gold-certified ‘Rain’.

With over one billion global streams and counting, Tracey continues to push the boundaries of UK rap and has established himself as a formidable and unwavering talent.

UK pop and R&B star Mabel took home the award for Best British Female at this year’s BRITs. The singer-songwriter has numerous hit songs under belt, including the global smash ‘Don’t Call Me Up’, ‘Mad Love’ and more recently ‘Boyfriend’. She has now surpassed one million UK sales and one billion global streams.

Last year Mabel made history when she performed at the world’s first vertical gig and was joined by her band, DJ and dancers across multiple levels of the 30ft high, three storey stage in London.