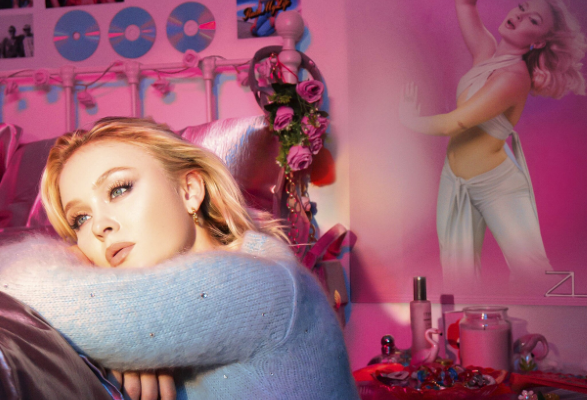 The track premiered on Zane Lowe’s New Music Daily show via Apple Music and was produced by Steve Mac.

The dancefloor ready anthem channels disco vibes and encourages self-love. Zara commented, “I love this song so much. I wanted to write about heartbreak, but in a way that was also empowering and positive. In my world being vulnerable is being strong, but on this one I’m saying ‘just LOOK at what you’ve done – I’m shining! You look like a piece of shit! It was important for me to have a song like this on ‘Poster Girl.’”

‘​Look What You’ve Done’ follows the album’s energetic lead single ‘Talk About Love’ featuring hip hop artist Young Thug and recent viral hit ‘WOW’, which exploded on TikTok after it was featured in Netflix original film ‘Work It’. Since its release, ‘WOW’ has clocked up more than 100 million streams and was performed by Zara at the 2020 MTV EMA Awards.

The Swedish artist also revealed a socially-distanced music video for ‘Love Me Land’, penned by Larsson alongside Julia Michaels and Justin Tranter.

Furthermore, Zara Larsson took to her social media to give fans a look behind the scenes of making the video.

TALK ABOUT LOVE behind-the-scenes now on my YouTube ❤️https://t.co/JVpWesvVUn pic.twitter.com/LSn8PT4vMH

The songstress gave an exclusive live performance of ‘Talk About Love’ in immersive 360 Reality Audio – WATCH IT HERE.

She has also announced a Live In Concert virtual event exclusively on YouTube for International Women’s Day on 08 March 2021 – subscribe to her channel HERE to watch.

The multi-platinum pop star’s highly anticipated new album is due out on 05 March 2021. It will be the official follow-up to her 2017 breakthrough release ‘So Good’ and will mark a new, exciting chapter for the artist.

Her 2018 single ‘Ruin My Life’ looks set to make ‘Poster Girl’s 12-song setlist, whilst previous releases ‘All The Time’ and ‘Don’t Worry Bout Me’ could appear on the album’s deluxe edition.

‘So Good’ is still currently the second most-streamed debut album by a female artist ever on Spotify. Some of her biggest tracks to date include ‘Lush Life’, ‘I Would Like’, ‘Symphony’, ‘Never Forget You’, and ‘Ruin My Life’.