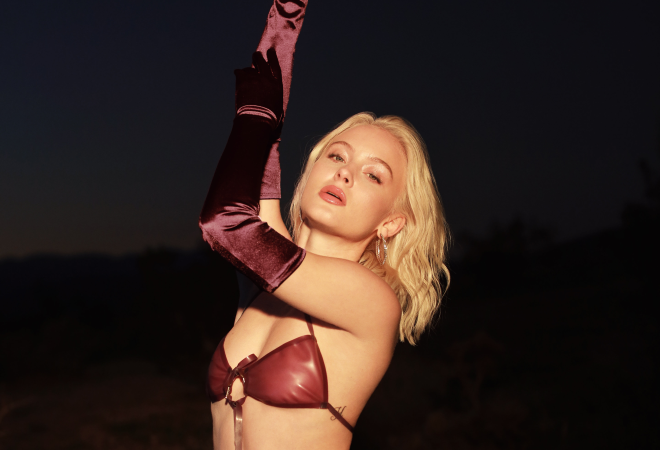 Zara Larsson has shared catchy new single ‘Don’t Worry Bout Me’ as well as announced intimate UK show dates for this May.

The track blending dancehall grooves with ethereal Scandinavian electronic sound and sassy lyrics is the follow-up to ‘Ruin My Life’, which earned the Swedish pop star’s sixth UK Top 10.

Zara’s debut international album So Good became the most-streamed debut by a female artist ever on Spotify. Currently working on her top-secret new release, the fearless songstress seems as intent on looking to where she came from as she is contemplating where her career could take her next.

She commented, “I’ve been doing this my whole life. We couldn’t even have furniture at home. After every dinner it was like, “clear the living room, that’s the stage.”

Those nerves of steel landed Zara a No.1 record in Sweden aged 15, before she turned her attention to the international stage, dropping global hits such as the ‘Lush Life’, ‘Never Forget You’, ‘I Would Like’, ‘Ain’t My Fault’ and the No.1 Clean Bandit collaboration ‘Symphony’.

The singer will bring the Don’t Worry Bout Me Tour to Manchester and London this May. Tickets on sale Friday (29 March) at 10am from Ticketmaster Ticketweb See Tickets

She has also been confirmed to tour with Ed Sheeran across Europe over the summer.

Zara Larsson has previously sold-out dates at the likes of London’s Shepherd’s Bush Empire, so be sure not to miss out as tickets are expected to be in high demand!