The Last Internationale Gear Up For UK Tour 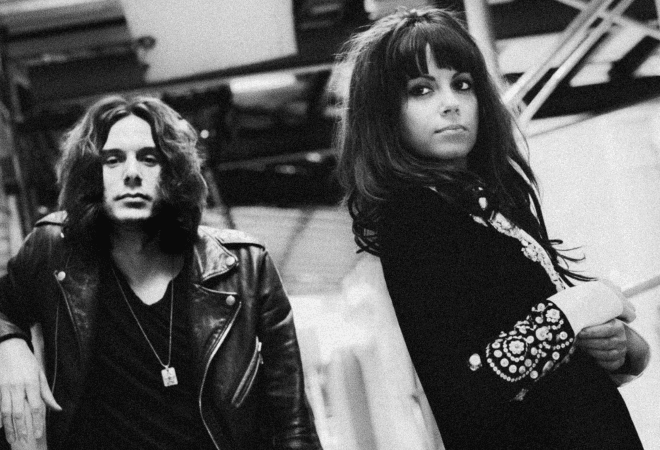 After playing a successful string of UK shows as special guests to The Cult and Rival Sons last year, The Last Internationale are gearing up for their big return to the UK with their new explosive and intense live show.

Rated by GetToTheFront reviewers Geoff & Jenny Griffe as one of the top gigs of 2019, the duo will hit the road in support of their critically acclaimed new studio album ‘Soul On Fire’.

The studio record follows their 2014 critically acclaimed debut release ‘We Will Reign’ and bears five years of human struggles within a thankless industry.

The band commented, “We wrote the Soul On Fire album after our escape from the major label system. It was a low point for us, where almost everyone we worked with (or called us “family”) had abandoned us. We had to make that dreaded decision of whether to quit or continue the long battle that seemed more impossible than ever. Although our physical and mental health was quickly deteriorating, we reminded ourselves that there are people in the world who are much worse off than us and that we are actually in a very fortunate position where we can continue to use our voices to uplift people and expose injustice.

What appeared to be a tragedy instantly turned into a blessing and an opportunity to trust ourselves
and once again embrace the DIY spirit that this band is about. The video for ‘Soul On Fire’ was shot by us and a few friends and was edited and directed by us. The NYC running scenes are essentially documentary footage, as Delila was still very ill at the time. Running in NYC woke up our soul and fed our fighting spirit.”