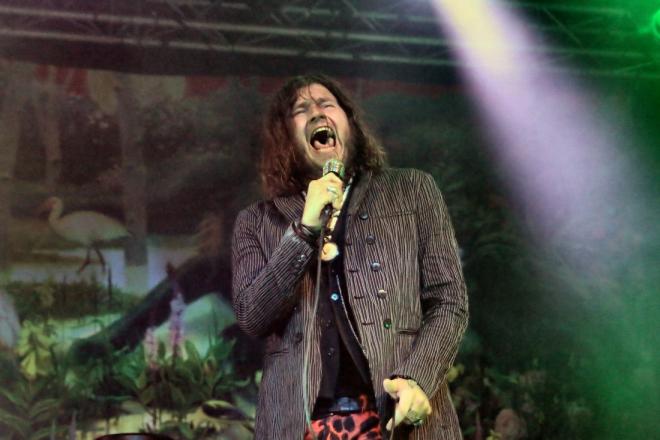 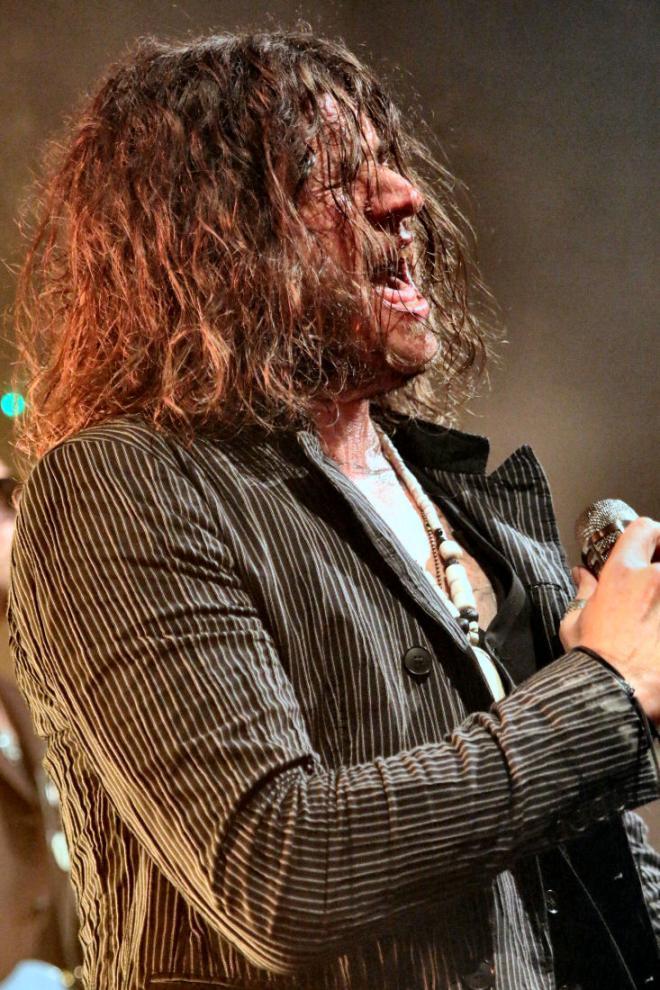 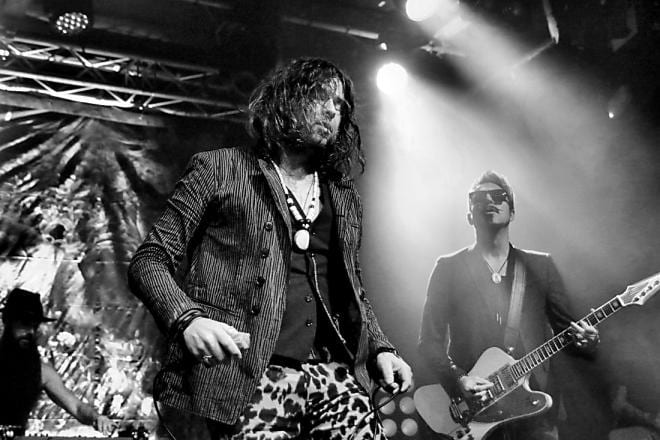 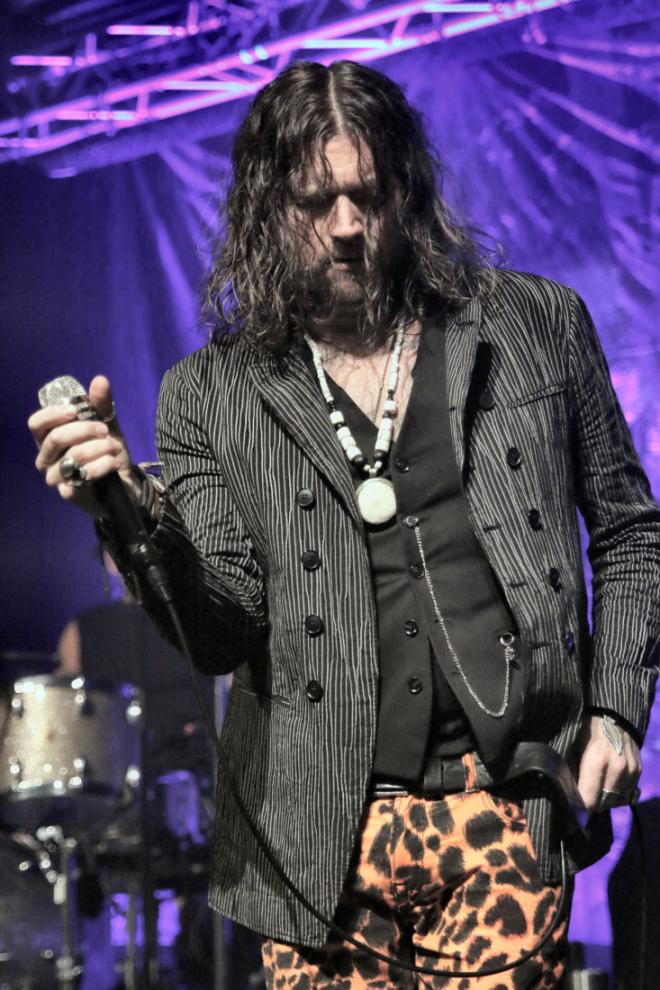 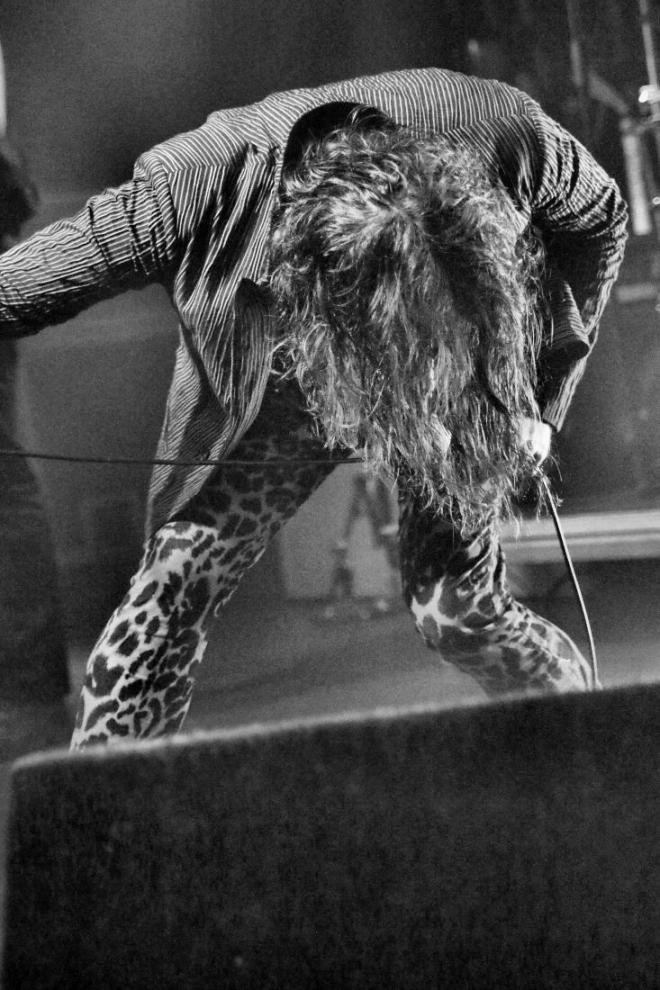 Rival Sons plus support from The Record Company & The Last Internationale.

We and the long sold out crowd in Rock City must have thought Christmas had come early. Not one, not two, but three excellent bands on the same bill. Owing to bad traffic we missed most of The Last Internationale’s small support slot and were gutted, as this band has been one of our bands of the year after seeing them at Brum. They are terrific, as the reaction of the crowd proved. Believe me any band following this band on stage must be on their toes, and you can take it from me we WON’T miss them when they headline in March. We suggest you do the same although after mega reviews on the recent Cult support, you may have trouble getting a ticket.

Next on The Record Company, a band who I had not come across before and what a pleasant surprise they were. Excellent with a sound based in blues rock and a new twist to their sound. This three-piece get an amazing sound with a fuzzy base and vocalist Chris Voss’ big booming voice and playing a mean guitar and harmonica. These guys have two albums out so far, which I will be investing in asap and look forward to seeing them again in the future.

Finally, Rival Sons. I don’t think that it’s a secret that this band is one of my favourites, both live and on record. They are without a doubt one of best bands around, as a unit they are formidable, but with a frontman like Jay Buchanan they cannot go wrong. He is the archetypal rock star, with the cool of Jim Morrison and a presence to match. And the voice, my god what pipes, he can scream like a banshee and then go soft. Incredible, and tonight yet again, unbelievable.

Jay has never been big into chatting between songs, keeping it to the occasional “thank you”, but the sardine packed crowd couldn’t care less it was the music they wanted and got. Their latest album ‘Feral Roots’ figured on six songs, including ‘End Of Forever’, ‘Too Bad’, ‘Look away’, ‘Do Your Worst’, title track ‘Feral Roots’ and the amazing crowd participator ‘Shooting Stars’. A fantastic, epic, rock gospel track, wow!

Rival Sons are anything but predictable on stage or record, and again tonight they even tour debuted ‘Belle Star’ off their last but one album ‘Great Western Valkyrie!’ It was yet again a shame this had to end, and I’ve said this before many times but it’s a mystery why this band aren’t playing arenas as headliners. Ay way I would be amazed if Santa brings any of us any better a present than tonight watching these three bands.