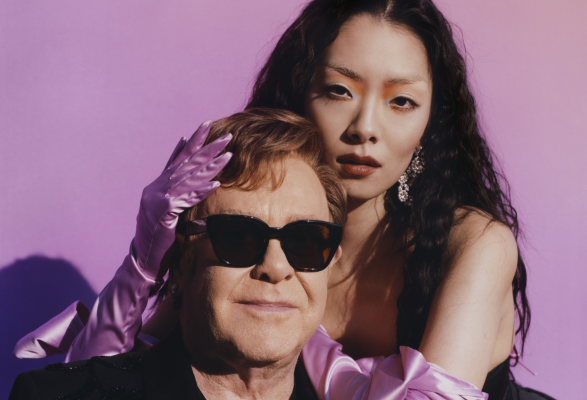 The single is due to premiere on Zane Lowe’s BEATS1 show on Wednesday (14 April) at 5pm followed by the official music video debut on YouTube at 6pm.

‘Chosen Family’ was originally produced by Danny L Harle and penned by Rina, Danny and Jonny Latimer. The powerful ballad is an emotional ode to her LGBTQ+ family with the new version featuring Elton John’s legendary vocals and piano playing.

The critically acclaimed London-based recording artist commented, “It was such a joy and honour to rework Chosen Family with the legendary Elton John. The song means so much to both of us, and recording it together was such a special experience I will never forget. I got shivers when I heard his voice through the monitor and became emotional when he added the piano parts. Elton has been such a huge supporter from before the album, and when we finally met to record this song we clicked from the get go. I hope people can hear the magic!”

Rina Sawayama’s debut album ‘SAWAYAMA’ dropped back in 2020. The deluxe version featured production from the likes of Clarence Clarity and co-writes from Nicole Morier and Kyle Shearer.

She is due to head out on tour later this year, including two sold out London shows – full details below: