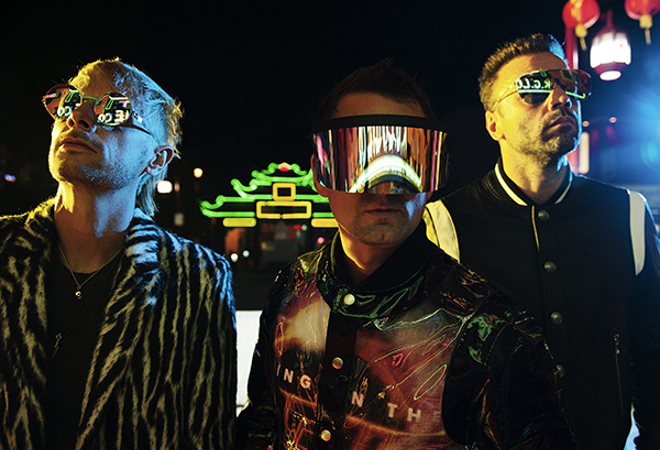 Muse add EXTRA DATES to the Simulation Theory World Tour in London and Birmingham this September,

The rock icons are famed for their ground-breaking live shows and the Simulation Theory World Tour has been no exception! Muse recently completed a run of sold out stadium shows in the UK, which saw them headline the London Stadium, Bristol’s Ashton Gate and Manchester’s Etihad, drawing praise across the board.

Muse’s Simulation Theory album was released back in November 2019. It was the official follow up to ‘Drones’, which dropped in June 2015 and debuted at No.1 in 21 different countries worldwide. It also landed the band their first No.1 album in the US and second Grammy Award win for Best Rock Album in February 2016.

Be sure to get your tickets to see one of the best live bands in the world as they prepare to head back out on tour in the UK again later this year!