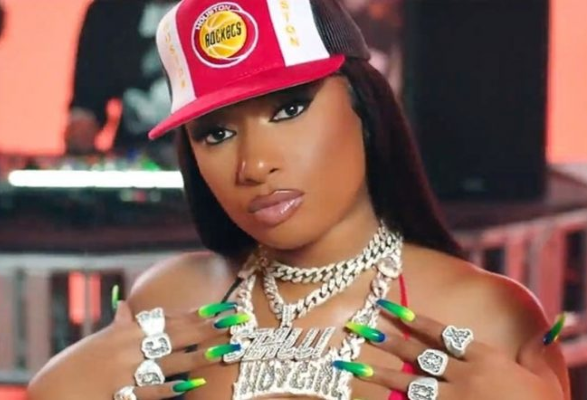 Megan recruited long-time collaborators LilJuMadeDaBeat and Three Six Mafia’s Juicy J to help produce the hard-hitting beat, which sees her dial back into the untouchable flows she became known for. The track pays homage to her hometown of Houston, Texas and its musical influence on her sound.

The release of ‘Southside Forever Freestyle’ is accompanied by a Mike Ho directed music video and is the rapper’s latest freestyle in her ongoing series.

Earlier this month, Megan Thee Stallion dropped the official visuals for ‘Cry Baby’ featuring DaBaby. The video was the third to be lifted from her critically acclaimed Gold-certified debut album ‘Good News’, which came out back in November 2020 after her ‘Suga’ EP dropped earlier in the year.

But that wasn’t all 2020 had in store for the artist. She garnered four Grammy Nominations, five BET Awards as well as an MTV VMA Award for her hit single ‘Savage’ music video. She was also included in the TIME100 as one of the most influential people in 2020.

More recently, Megan teamed up with Ariana Grande and Doja Cat for the ‘34+35’ remix.

Already a multi-faceted star, record-breaker, philanthropist and ever-evolving cultural icon, Megan The Stallion is just getting started – watch this space for more to come in 2021!