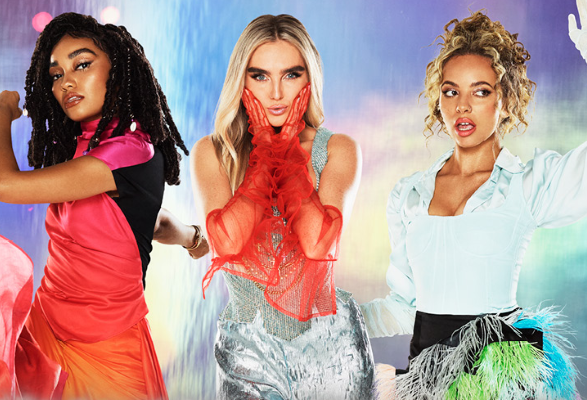 The global pop superstars will perform tracks from the new album such as ‘Holiday’ and ‘Break Up Song’ alongside their biggest hits including ‘Touch’, ‘ Woman Like Me’, ‘Black Magic’ and ‘Shout Out To My Ex’.

In 2019 Little Mix took home their second BRIT Award for Best British Video for ‘Woman Like Me’. They also won two Global Awards for Best Group and Best Song, followed by their fourth EMA Award for Best UK & Ireland Act.

Their 2016 release ‘Glory Days’ was the biggest selling album by a female group in the UK this millennium as well as named the longest-reigning Top 40 album for a girl group ever.