Little Mix New Album ‘Between Us’ 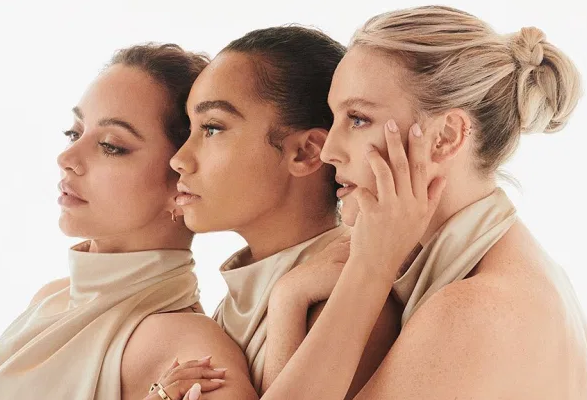 Little Mix have announced surprise new album ‘Between Us’, due out on 12 November 2021.

The exciting news arrives on the ten year anniversary of the day they were put together on The X Factor. They went on to become the first ever girl group to win the talent show and have since established themselves as the biggest girl band in the world.

The greatest hits record will feature 18 of their biggest hits alongside five brand new tracks.

Jade Thirlwall, Perrie Edwards and Leigh-Anne Pinnock took to social media to commemorate the special occasion as well as share details of the forthcoming album posting, “We can’t thank you enough for your support over the last ten years… this album is for each and every one of you who’s listened to our music, bought an album or sung your heart out at our shows. We wouldn’t be here releasing this album if it wasn’t for you #10YearsOfLittleMix”

Between Us 🤍 12.11
We are so excited about this album. It includes all our hits, as well as some brand new songs we can’t wait for you to hear #10YearsOfLittleMix https://t.co/4Yewo609pk pic.twitter.com/vcnE9n7WKA

Little Mix recently unveiled their new waxworks at Madame Tussauds in London as well as made UK chart history as first girl group to spend 100 weeks in Top 10.