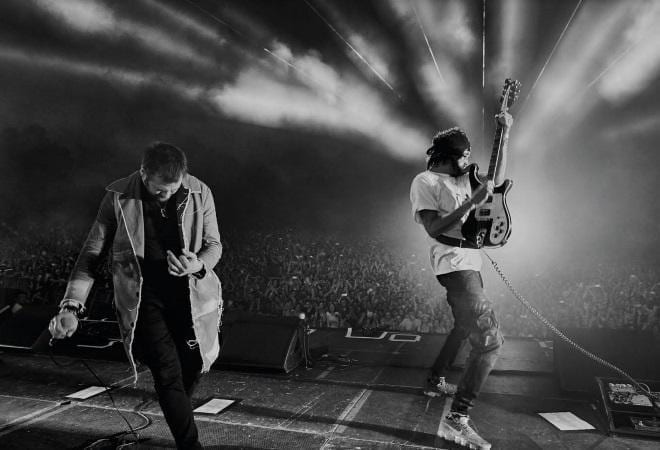 The band will take over Victoria Park, Leicester on 20 June 2020, tickets on sale Friday (25 October) at 9am from Gigantic Ticketmaster See Tickets

The one-off performance will mark six years on from their first show at the venue and is their first outdoor UK date since their epic headline set at The Isle of Wight festival. It will also be their first UK gig since playing London’s Brixton Academy last year.

The band made up of frontman Tom Meighan, guitarist and songwriter Serge Pizzorno, bassist Chris Edwards, drummer Ian Matthews and guitarist Tim Carter are currently working on new music for their seventh studio album and follow-up to 2017s ‘For Crying Out Loud’. Serge also recently released his critically acclaimed solo record under the moniker The S.L.P.

He commented, “We’re absolutely buzzing to be able to put on Solstice II in our home town of Leicester. Anyone who came last time would know how special it was and to get the opportunity to do it again is beyond a dream.”

Kasabian have released five UK No.1 albums as well as sold over 5.5 million albums worldwide. They’ve won a BRIT Award, seven NME awards, four Q Awards and played festivals all over the world including Glastonbury Festival, V Festival, T in the Park and Reading & Leeds Festival here in the UK.

Don’t miss out on the chance to snap up tickets to their only UK show scheduled for next year!