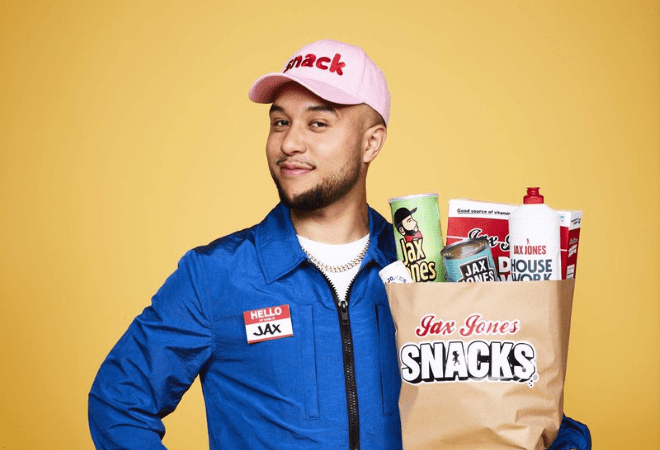 International DJ and record producer Jax Jones has announced a UK tour for March next year in support of his eagerly anticipated Top 10 debut album ‘Snacks’.

The Ivor Novello, Grammy and two-time BRIT Award nominated producer, DJ and multi-instrumentalist is the No.1 British dance music export and one of the most sought after producers in the world. He was also one of only a few British acts to feature in the Billboard Dance 100 2018, alongside the likes of Diplo, Marshmello and David Guetta.

The South London DJ has established a loyal global fanbase with his impressive catalogue of hit tracks. He has collaborated with top artists including the likes of Mabel, Jess Glynne, Years & Years, Tove Lo, Stefflon Don, Raye, Ina Wroldsen and Demi Lovato.

Jax commented on the new tour saying, “Thank you to everyone for all the love and support on my debut album, Snacks. We’re top 10 baby! To celebrate, I’m bringing my live show to a city near you on my biggest ever tour, including a special homecoming show at Brixton Academy. You know how I do it, I’m bringing you the full Jax Jones carnival experience, the dancers, inflatables, pyros, and, of course, the bangers. This is the first time we’ve EVER brought this show to Europe and I can’t wait to party with you all. It’s gonna be lit!”

Be sure not to miss this superstar DJ on tour across the UK next year!