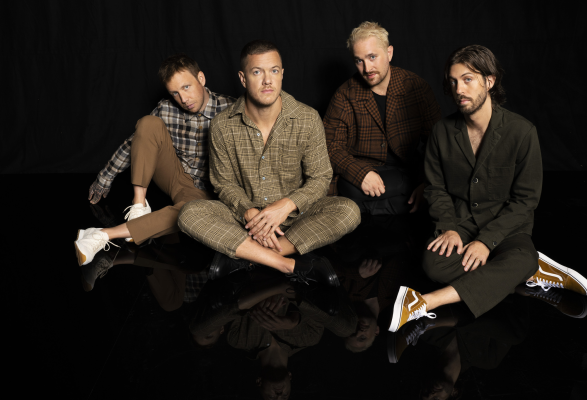 He commented, “It definitely served as the inspiration for the ‘Bones’ video…I’ve always loved that ‘Thriller’ was both scary and playful. I didn’t know as a kid if I wanted to watch it again or not for fear of the ensuing nightmares, but I always came back for more with my eyes half-closed.”

“The idea of punishing Wall Street with a zombie infection felt like an enjoyable time. And it was.”

Produced by Swedish duo Mattman & Robin, ‘Bones’ gives fans a first taste of what to expect from the forthcoming double album release.

Fans can look forward to hearing both tracks performed live when Imagine Dragons embark on their Mercury World Tour this summer. The tour will see them play the biggest North American shows of their career to date, as well as a huge UK date at the Stadium MK in Milton Keynes on 18 June, where they will be joined by Canadian alt-rockers Mother Mother.