Halsey ‘If I Can’t Have Love, I Want Power’ Film 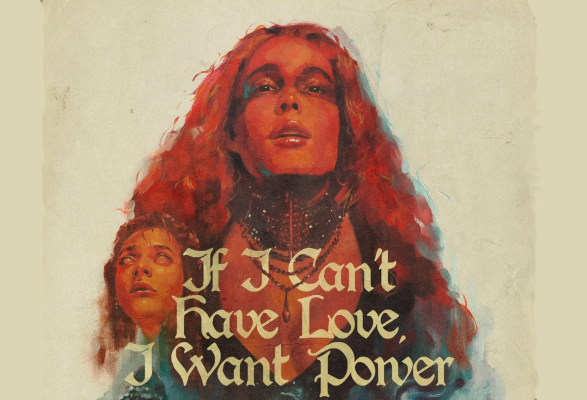 Halsey has revealed that her ‘If I Can’t Have Love, I Want Power’ film is now available to stream on iTunes, Amazon and Google Play.

The Colin Tilley-directed full-length cinematic experience was originally debuted in IMAX cinemas as an accompaniment to her latest album of the same name, which released back in August.

It’ll be available in all these places globally! Some territories might take longer for it to show up in the store so hang tight 🙂 it’s coming to all of youuuuuuu https://t.co/Yxy5LHIHor

CHECK OUT THE OFFICIAL TRAILER HERE:

Earlier this month Halsey was announced as one of six headliners for Reading and Leeds Festival 2022.

Joining her atop the bill are Rage Against The Machine, Bring Me The Horizon, Arctic Monkeys, Dave and Megan Thee Stallion.

‘If I Can’t Have Love, I Want Power’ is the official follow-up to the US singer-songwriters fourth studio release, 2020s ‘Manic’, which features hit singles ‘Without Me’, ‘Graveyard’ and ‘You Should Be Sad’.

Halsey ‘If I Can’t Have Love, I Want Power’ Full Album Tracklisting:

The Tradition
Bells in Santa Fe
Easier than Lying
Lilith
Girl is a Gun
You asked for this
Darling
1121
honey
Whispers
I am not a woman, I’m a god
The Lighthouse
Ya’aburnee