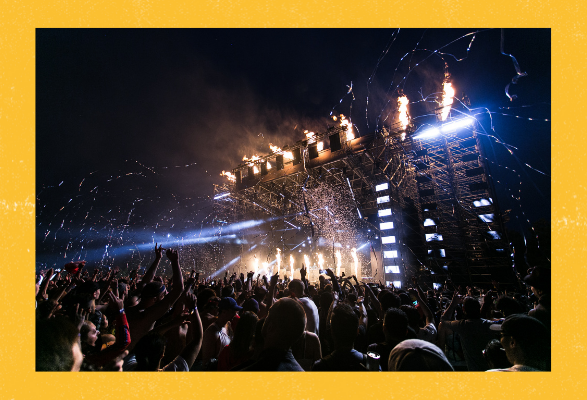 The iconic Glastonbury festival is officially back at Worthy Farm, with this year’s Pyramid Stage headliners Billie Eilish, Paul McCartney and Kendrick Lamar ready to hit the stage.

Billie Eilish will be up first on Friday night when she will officially become the festival’s youngest-ever solo headliner at 20 years old. The singer will also be the first female headliner since 2016 and takes the place of Taylor Swift, who was booked to perform in 2020 before the event was cancelled due to covid.

Up next will be Paul McCartney, who will become the festival’s oldest ever headliner on Saturday night. The former Beatle, who was originally due to headline in 2020, recently celebrated his milestone 80th birthday. The last time Sir Paul took to the Pyramid Stage was the Saturday night of the 2004, where he stole the show performing a set of hits from his extensive back catalogue and epic ‘Hey Jude’ sing along.

American rapper Kendrick Lamar will close the festival on Sunday night. The Compton MC recently joined Eminem, Dr. Dre, 50 Cent, Mary J. Blige and Snoop Dogg for this year’s Super Bowl Halftime Show and is rumoured to be working on a follow-up to his 2017 Pulitzer Prize-winning album ‘DAMN’.

This year’s festival will be the first since 2019, which featured headliners Stormzy, The Killers and The Cure. The following year would have marked the festival’s 50th anniversary.

In 2021 the festival held a livestream event dubbed Live At Worthy Farm, with performances from Coldplay, Wolf Alice, Damon Albarn and Jorja Smith.

Get into the summer festival spirit the Glastonbury 2022 Spotify playlist below and keep your eyes peeled for coverage from the GetToTheFront team coming up soon!