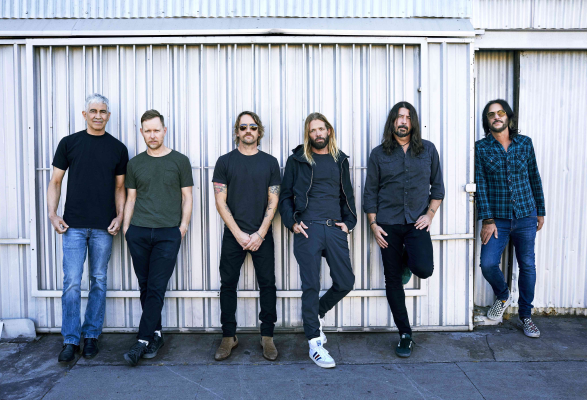 In celebration of Dave Grohl’s 52nd birthday, Foo Fighters have revealed another track ‘Waiting on a War’, lifted from forthcoming album ‘Medicine at Midnight’.

Recounting the moment that inspired the song the frontman said, “Last fall, as I was driving my daughter to school, she turned to me and asked, “Daddy, is there going to be a war?” My heart sank as I realized that she was now living under the same dark cloud that I had felt 40 years ago.

I wrote “Waiting on a War” that day.

This song was written for my daughter, Harper, who deserves a future, just as every child does.”

‘Waiting On A War’ out now. 🖤
Listen here: https://t.co/9uyPXIqYBd#MedicineAtMidnight pic.twitter.com/cVBn4H5oMW

LISTEN TO ‘WAITING ON A WAR’ HERE:

The rockers are due to perform the track as well as celebrate Grohl’s birthday on Jimmy Kimmel Live! this week. ‘Waiting on a War’ is the third track to be revealed from the nine-track, 37-minute album so far and follows previous releases ‘No Son of Mine’ and ‘Shame Shame’.