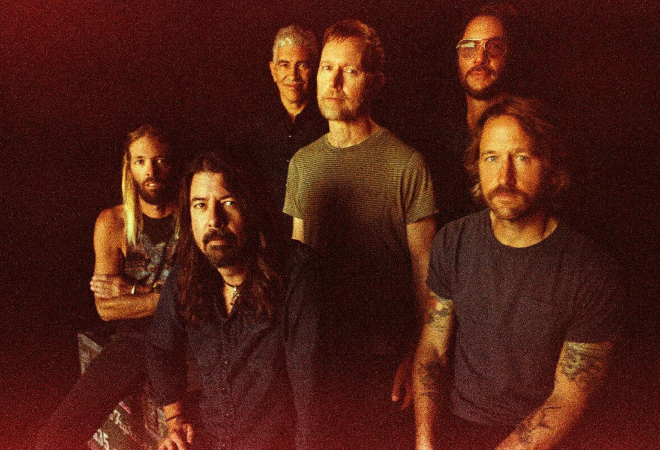 Foo Fighters have debuted their brand new single ‘Shame Shame’, taken from their forthcoming new album ‘Medicine At Midnight’, due out on 05 February 2021.

The Foos performed the track on Saturday Night Live, transforming Studio 8H at 30 Rockefeller Plaza in New York City into a rock n roll party with their first ever performance of the smouldering new track. The episode was hosted by friend of the band, US comedian Dave Chappelle.

The official music video for ‘Shame Shame’ was directed by Paola Kudacki and co-starring Dave Grohl and Sofia Boutella. The emotive black and white visuals are an interpretation of a recurring dream that’s haunted the frontman since his childhood days.

They also performed their 2002 hit ‘Times Like These’ on the SNL show.

The new single has given fans a taste of what to expect from the rockers upcoming 10th album. The nine-track record is produced by Greg Kurstin and Foo Fighters, engineered by Darrell Thorp and mixed by Mark “Spike” Stent.

The Foo Fighters dropped their six-track ‘00959525’ EP back in January this year, which included two live recordings from 1995. The rockers last studio album was 2017s ‘Concrete And Gold’, featuring singles ‘Run’ and ‘The Sky Is a Neighborhood’.

More recently the group were among a number of artists to take part in a livestream tribute for the late Tom Petty. Beck, Jackson Browne, Chris Stapleton, Brandi Carlile, Norah Jones and more also performed during the special five-hour broadcast.