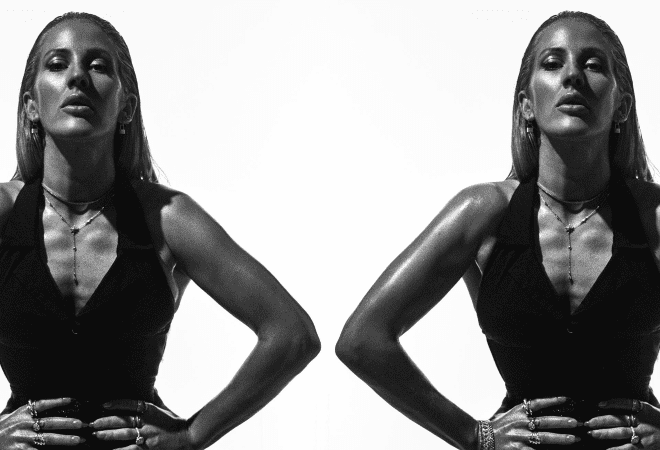 Ellie Goulding has released her brand new single and accompanying music video for ‘Worry About Me’.

‘Worry About Me’ is Ellie’s first new music this year and is due to feature on her yet to be named upcoming new album, due out on 17 July 2020. The track features multi-platinum-selling artist and producer blackbear, who first rose to fame back in 2015 and has since gone on to release five albums.

Directed by Emil Nava, the music video stars both artists (plus a twin blackbear) and was filmed in woodland in middle America.

Discussing the song Ellie commented, “’Worry About Me’ is a song I wrote reminiscing about a time a guy wanted me at his convenience, just as I was getting over him. It is intentionally tongue in cheek because I’m not at all bitter, I just found it humorous. It was refreshing to write, in the sunshine of LA, because at the time I was writing dark songs about my state of mind in New York.”

The single follows previous releases ‘Sixteen’, ‘Close To Me’ and ‘Hate Me’ as well as Joni Mitchell cover ‘River’, which saw Ellie claim her third UK No.1.

Last week marked the 10-year anniversary of the talented English singer-songwriter’s debut album ‘Lights’, which reached the top spot on the UK charts and sold over 1.4 million records around the globe.