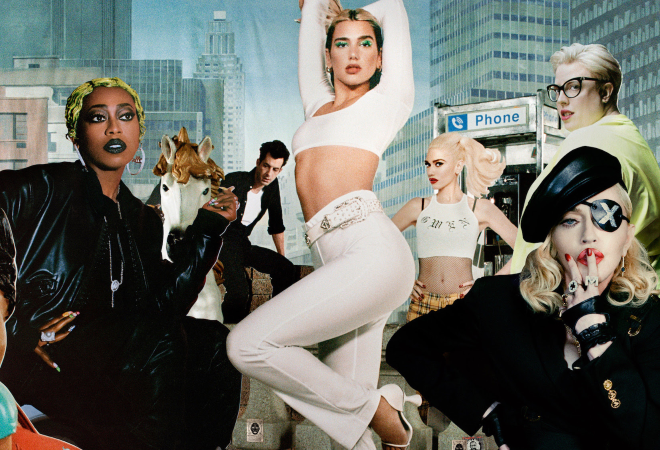 Dua Lipa to drop a star-studded remixed version of her worldwide No.1 album’ Future Nostalgia’.

The release entitled ‘Club Future Nostalgia’ is due out on 21 August 2020 and was created in collaboration with renowned DJ and producer The Blessed Madonna AKA Marea Stamper.

Dua revealed the exciting new project to fans on social media as well as confirmed that it will feature a collection of brand new remixes by some of her musical heroes and heroines as well as some of the finest dance music talent from across the globe.

Fans will get their first taste of ‘Club Future Nostalgia’ with the arrival of The Blessed Madonna’s remix of ‘Levitation’ featuring Missy Elliot and Madonna – the track is set to land on 13 August. Another hugely anticipated collab will come from Mark Ronson and Gwen Stefani who have teamed up with Dua Lipa for a special remix of ‘Physical’.

The singer commented, “The last few months have been surreal. I’ve watched you all dance in your homes and on your Zoom parties to Future Nostalgia like you were in the club with me. It brought so much joy to my days spent at home, even though I would’ve much rather been playing these songs live for you all on the road. During this time, I decided to take the party up a notch with the incomparable The Blessed Madonna, who secretly helped me to craft the mixtape that would become “Club Future Nostalgia”. We invited some friends and legends to join in on the fun with us. Absolute queens Missy Elliott and Madonna joined me for an epic remix of “Levitating”, and my dream girl Gwen Stefani and the supreme Mark Ronson teamed up to take “Physical” to the next level. And the party doesn’t stop there – there are so many more surprises to come!”.

The Blessed Madonna discussed working on the album saying, “Taking Future Nostalgia and reimagining it as a mixtape album was an enormous project, which had to be done in absolute secrecy, alone in my attic. In a way building this fantasy out of this beautiful record Dua had already given us was the perfect task for the pandemic. It was a massive and infinitely detailed task. Creating remixes and originals, curating the dream team of additional remixers and weaving the features into a new album was both daunting and thrilling, to say the least. My admiration for Dua only deepened. She is brilliant, once in a generation artist and a sweetheart. Being able to make this love letter with such a legendary cast of characters is beyond comprehension.

In the end my goal was to build a new world: Club Future Nostalgia, the dance floor we all so desperately need but can’t quite reach. I love this project so much and I hope you love it too”.

More surprises to be revealed soon so watch this space!