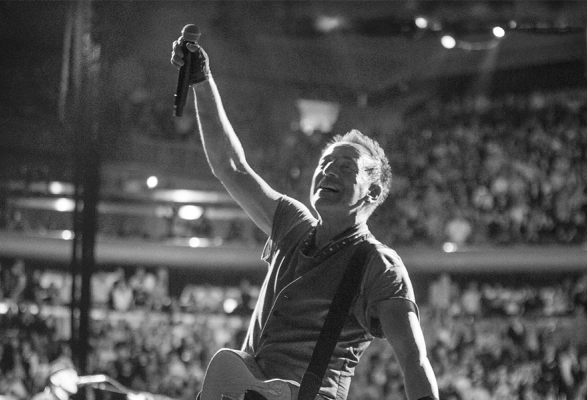 Bruce Springsteen And The E Street Band will return to the UK in 2023 for huge stadium gigs in Edinburgh and Birmingham plus two London shows at BST Hyde Park.

Bruce Springsteen’s recording career spans over 40 years, beginning with 1973’s Columbia Records release ‘Greetings from Asbury Park, NJ.’ He has released 24 albums, been awarded 20 Grammys, two Golden Globes, an Academy Award and a Special Tony Award, in addition to being inducted into the Songwriters Hall of Fame and the Rock and Roll Hall of Fame.

The newly announced shows will be Springsteen’s first with the full E Street Band since 2017.

He has released two solo studio albums since he last toured with the group in the form of 2019s ‘Western Stars’ and 2020s ‘Letter To You’.

Last month Springsteen made a surprise appearance during Paul McCartney’s headline Glastonbury set on the Pyramid Stage. Together they performed ‘Glory Days’ and The Beatles’ ‘I Wanna Be Your Man’, before being joined by Foo Fighters frontman Dave Grohl for ‘The End’.