Billie Eilish Happier Than Ever, The World Tour 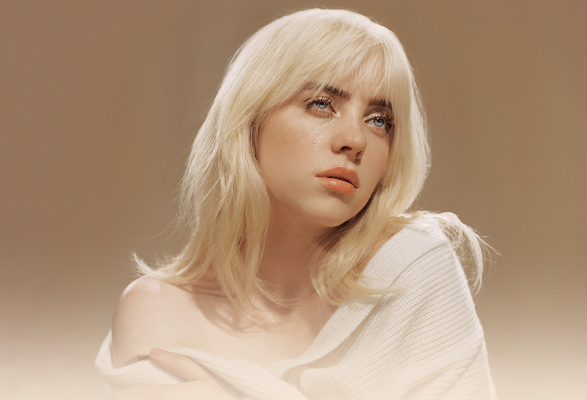 Billie Eilish will bring her Happier Than Ever, The World Tour to the UK & Ireland in 2022.

The exciting announcement follows the release of latest single ‘Your Power’, taken from her hugely anticipated forthcoming album ‘Happier Than Ever’. The track debuted at No.10 on the Billboard Hot 100 and clocked-up over 150 Million streams during the first two weeks of its release.

Earlier this year, she took home the Grammy Awards for Record of the Year for track ‘everything i wanted’ and Best Song Written For Visual Media for James Bond theme tune ‘No Time To Die’.

In February, Billie released her ground-breaking, R.J. Cutler directed documentary film ‘The World’s A Little Blurry’ on Apple TV+ to worldwide critical praise. She has also revealed her debut self-titled photo book, giving fans a personal glimpse into her childhood, life on the road as an artist and more through a series of never-before-seen images.

Billie Eilish earned her first ever No.1 on the Billboard Hot 100 with smash hit single ‘Bad Guy’, taken from her multi-platinum debut album ‘When We All Fall Asleep, Where Do We Go?’.

The album dropped back in March 2019, debuting at No.1 on the Billboard 200 album chart. Some of her other huge tracks featured on the album include ‘You Should See Me In A Crown’, ‘When The Party’s Over’, ‘Bury A Friend’, ‘Wish You Were Gay’, ‘All The Good Girls Go To Hell’ and ‘Ocean Eyes’.