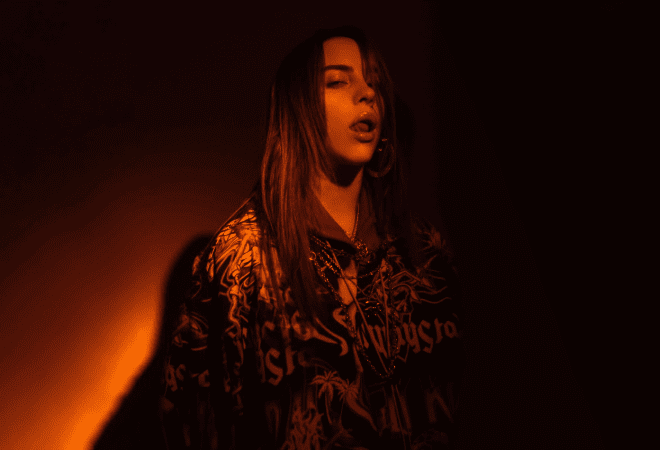 Billie Eilish has earned her first No.1 on the Billboard Hot 100 with her latest hit single ‘Bad Guy’.

The track comes from the 17-year-old’s global smash debut album ‘When We All Fall Asleep, Where Do We Go?’, which was released earlier this year on 29 March. ‘Bad Guy’ spent an incredible nine weeks at No.2 before finally knocking Lil Nas X’s ‘Old Town Road’ featuring Billy Ray-Cyrus off the top spot.

The pair, who took to Twitter to congratulate Eilish, made history in July when ‘Old Town Road’ claimed its record-breaking 17th week at the top. The song overtook Luis Fonsi’s ‘Despacito’ and Mariah Carey’s ‘One Sweet Day’, which both spent 16 weeks at No.1.

The feat makes Billie the first artist born this millennium to achieve both a No.1 album and single. She is the third solo artist in the 31-year history to have multiple songs topping the Billboard Alternative Songs airplay chart alongside Alanis Morissette and Sinead O’Connor.

‘Bad Guy’ is also sitting comfortably at the top of the Pop Songs airplay chart for a second week running and is the first Alternative Songs No. 1 to top the Hot 100 since Lorde’s ‘Royals’.

Following its release, Billie’s debut full-length not only entered at No.1 on the Billboard 200 album chart but has returned to the top spot two additional times this year.

The talented young singer-songwriter has recently appeared on the cover of Rolling Stone Magazine as well as on the 20th anniversary issue of V Magazine.

Billie Eilish is currently on her sold-out world tour and shows now signs of slowing down. With over 15-billion combined global streams to date, the future is looking bright for the teen music superstar.