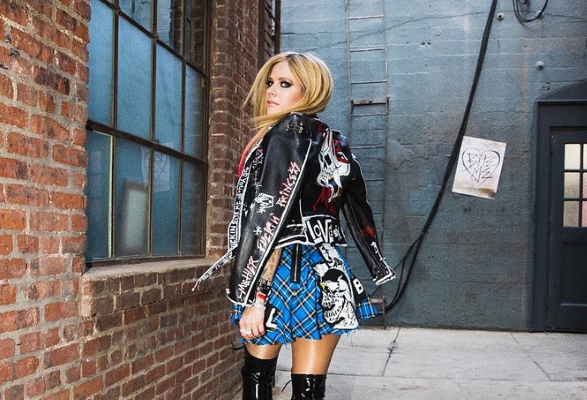 Avril Lavigne has dropped brand new single ‘Bite Me’, her first new solo music since her 2019 album ‘Head Above Water’.

The track is her debut release on Travis Barker’s label DTA Records. The Blink 182 drummer also produced the track alongside John Feldmann and Mod Sun.

Taking to social media to reveal the song she posted, “Bite Me” out everywhere now. I’m so f*cking excited to be releasing new music. I had so much fun making this record. This is just a taste of what’s to come.

LISTEN TO ‘BITE ME’ HERE:

The Canadian pop-punk princess has also recently appeared on tracks like Mod Sun’s ‘Flames’ and ‘GROW’ alongside Travis Barker and Willow.

Avril Lavigne has dropped three UK No.1 albums to date including 2022s ‘Let Go’, 2004s ‘Under My Skin’ and 2007s ‘The Best Damn Thing’. She has released seven UK Top 10 singles, earning her highest charting position at No.2 for ‘Girlfriend’.

Earlier this year the singer-songwriter revealed that she was putting the finishing touches on her seventh album, so expect to hear more new music very soon.

Furthermore, Avril Lavigne has confirmed rescheduled dates for her run of UK shows, which will now take place in spring 2022 – full details: