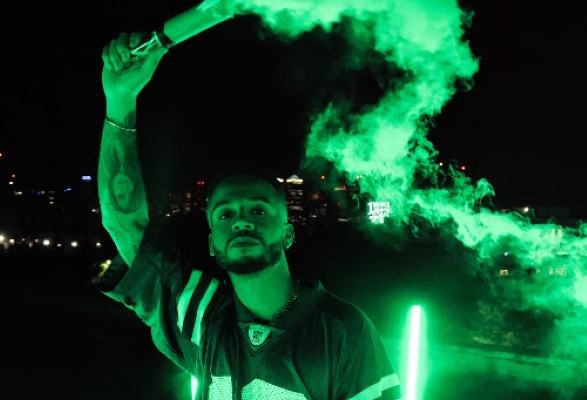 The track was penned by Aston alongside Oliver King and produced by Crumz. The singer commented, “Summer is finally here! So I thought no better way to celebrate than to give the people the summer jam emergency! I’ve had this song a little while so you can’t imagine how happy I am that people are now able to hear it and have it!”

CHECK OUT THE MUSIC VIDEO FOR ‘EMERGENCY’ HERE:

Merrygold’s 2015 debut solo single ‘Get Stupid’ has been streamed over 14 million times on Spotify and his latest release gives fans a taste of what’s more to come.

During his time with JLS, the X Factor runners-up became one of UK pop’s biggest success stories this century, with five UK No.1 smashes, a further five Top 10 singles and five hit albums. Since the group went on hiatus, Aston has continued to build on his music career and social media presence, as well as embarked on high profile projects such as ‘Strictly Come Dancing’, the West End’s ‘Rip It Up’ and as a judge on ‘Got To Dance’.

The JLS reunion tour – which will also feature bandmates Marvin Humes, JB Gill and Oritse Williams – has currently been rescheduled to autumn 2021.

The extensive run of arena shows will mark approximately 12 years since they first topped the charts with hit tracks like ‘Beat Again’ and ‘Everybody In Love’.