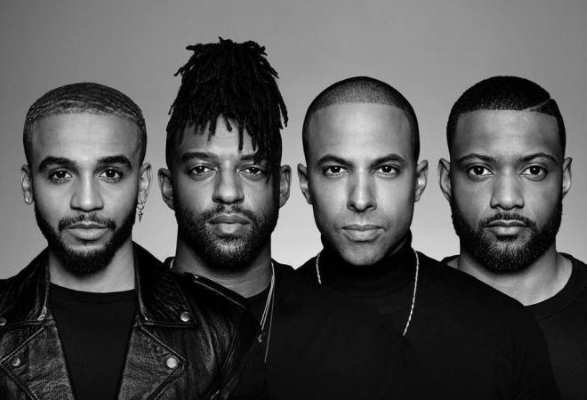 JLS are back! Following a seven year hiatus, Aston, Marvin, Oritsé and JB will hit the road with their Beat Again arena tour – rescheduled shows confirmed for October/November 2021.

The multi BRIT and MOBO Award-winning boyband who rose to fame on X Factor have already played the iconic O2 Arena in London 16 times and sold over 1.4 million concert tickets in the UK alone.

JLS commented, “We are so excited to be working together as a group again. We’ve always been like family, and now we feel that this is the right time for us to get back on stage and perform in front of our loyal fans. Even though it’s been 7 years, you can be sure that it’s going to be as high energy as ever”.

Since the band first formed back in 2007, they have made their mark on the British music scene with their soulful RnB/pop sound and highly stylised choreography. They have sold over six million records and achieved four multi-platinum albums, including their self-titled debut, which went straight to the top spot, selling over a million UK copies since its release.

JLS have had five No.1 singles with hit tracks like ‘Beat Again’, ‘Everybody In Love’, ‘The Club Is Alive’, ‘Love You More’ and ‘She Makes Me Wanna’. Furthermore, ‘Beat Again’ was named the fastest selling debut single of 2009 and helped earn the group two wins at the BRITs for Best British Breakthrough and Best British Single.

After carving out their own niche as a mid-late noughties’ mainstay, don’t miss JLS as they prepare to make their hugely anticipated return to the spotlight following a record breaking career.