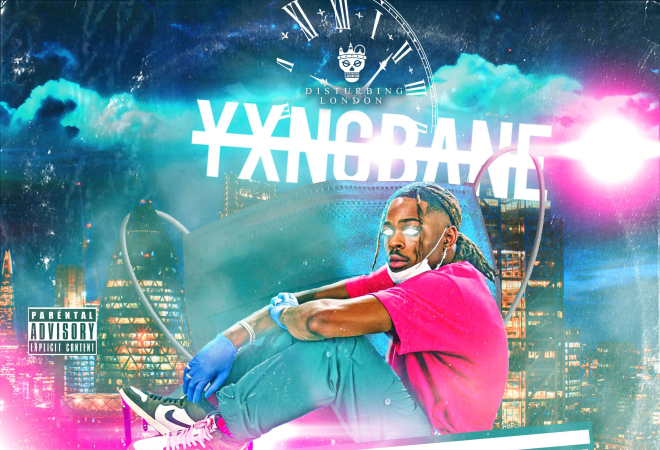 The track is set to feature on new Charlie Sloth-hosted mixtape ‘Quarantime: The Lost Files’, due out this Friday (01 May).

The East London rapper was hard at work in the studio recording with vocalist K-Trap before the world went into lockdown. Once the UK went into isolation, Bane decided that it was the perfect time to uplift spirits and share some new music. The ‘Quarantime: The Lost Files’ mixtape features 11 tracks as well as special appearances by the likes of YXNG’s friends and artists Headie One, D Block Europe, K-Trap, Kojo Funds and M Huncho.

Latest single ‘Are You Mad’ is the follow-up to ‘Section’ and has already amassed almost one million views.

After dropping his remix of Ed Sheeran’s ‘Shape of You’ in 2017 followed by his critically acclaimed ‘HBK Mixtape’ in 2018, Bane catapulted into the spotlight. He experienced huge chart success with Yungen collab ‘Bestie’, which spent an impressive 18 weeks on the charts as well as solo hit ‘Rihanna’. ‘Answer Phone’ with Ella Eyre and Banx & Ranx also did well on the charts, spending 10 weeks in the Top 20. YXNG Bane then returned with solo track ‘Vroom’ and rocketed into the Top 30 once again.

Nominated by the likes of BBC Sound Poll, VEVO and Deezer, Bane has consistently proved himself to be one of the most exciting artists in the UK. He sold out his London shows at the O2 Forum Kentish Town and the O2 Brixton Academy, as well as made a name for himself in the world of fashion, securing model campaigns for the likes of Diadora and Adidas as well as garnering support from British Vogue, Dazed & Confused, GQ and more.

Now, after taking a brief break to recharge and create, YNGX Bane is back – check out the full tracklisting for ‘Quarantime: The Lost Files’ below.