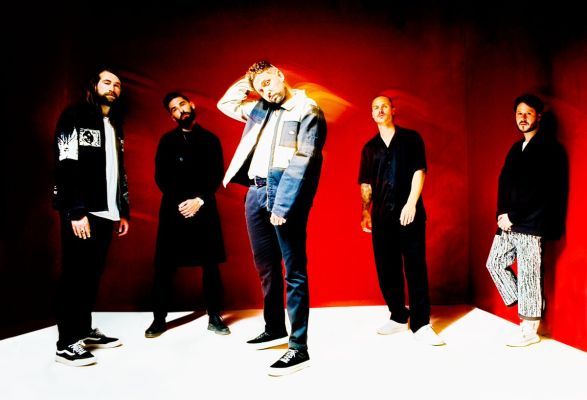 You Me At Six are heading out on tour in February 2023 with special guests Waterparks, The Maine & Bears In Trees.

You Me At Six UK Tour Dates:

The British rockers recently dropped new single ‘Deep Cuts’, which will feature on the their eighth studio album ‘Truth Decay’, due out early next year.

Vocalist Josh Franceschi commented, “Deep Cuts’ is about being on the outside looking in on people in your circle who are going through pain or a bad moment by being with the wrong person. Suffering because they’re holding onto someone or something that they could let go of. Knowing that they would be more than fine on the other side of it, but convincing them of that is easier said than done. Hoping they will eliminate the trauma by moving past it as quick as possible”.

Masters of their genre, representing pop rock & emo on a global scale, You Me At Six have acheived two UK No.1 albums including 2021s ‘SUCKAPUNCH’ as well as amassed over half a billion streams across platforms.

Be sure to catch You Me At Six when they head back out on the road next year!