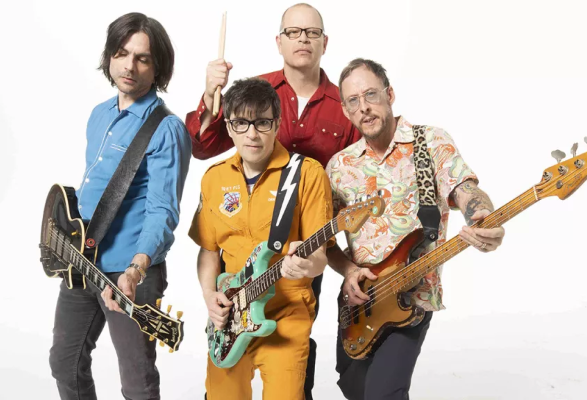 The release will be the follow-up to 2019s ‘Weezer (Teal Album)’ and ‘Weezer (Black Album)’. ‘All My Favorite Songs’, the first single to come from the album, will drop this Thursday (21 January) at 12am ET.

The LA alt/pop rockers took to social media to reveal the official cover artwork for ‘OK Human’ by Mattias Adolfsson alongside the tracklist.

Hold on to your hard drives ? OK Human, the new album, arrives 1/29

“All My Favorite Songs” the first song from the album will be out this Thursday, 1/21 at 12am ET.

Limited vinyl will be available for pre-order on https://t.co/7LaRP9HTTb then too pic.twitter.com/V7eCr5FUi3

The band have also confirmed that their 15th (now 16th) studio album ‘Van Weezer’ is still coming out on 07 May 2021, ahead of their run of shows with Green Day and Fall Out Boy as part of The Hella Mega Tour this June. Originally due to arrive in May 2020, the release was delayed due to the ongoing coronavirus pandemic.