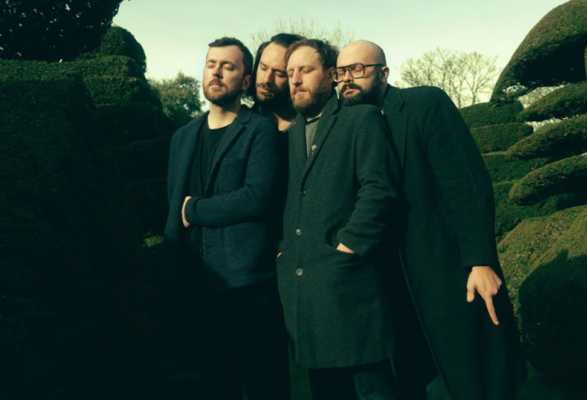 The English rockers have also revealed new single ‘Bury me In My Shoes’, as well as confirmed UK tour dates for later this year alongside a string of record in-store performances.

Frontman Charlie Drinkwater commented, “My Other People is a more “open’” set of songs, both musically and in our themes; in the process of writing we found ourselves talking about things other than anger or aggression. We wanted to discuss love, loss and joy too. It’s a record about personal disintegration and destruction, but also rebuilding again after this. It’s also heavily rooted in place, the music being a very direct response to Britain and England in 2021, but in a more abstract and textural sense. A muddy field viewed from a train window between cities, a patch of wild flowers growing next to a motorway, sticky carpets in a suburban flat roof pub, pissing rain on an August bank holiday and the smell of diesel in an out of town supermarket car park. An angry, hopeful, shitty, beautiful island.”

Discussing the new single he added, “‘Bury Me In My Shoes’ is a hangover of a song. Last year was about reminding ourselves to hang on to good things; to remember you can love and hate in equal measure. That the answers are rarely found by looking backwards. “Bury Me” was written as a response to that general feeling of unease and creeping dread. A feeling you get from bad news on no breakfast.”

The upcoming full-length will be the follow-up to the band’s acclaimed debut studio release ‘Uppers’.