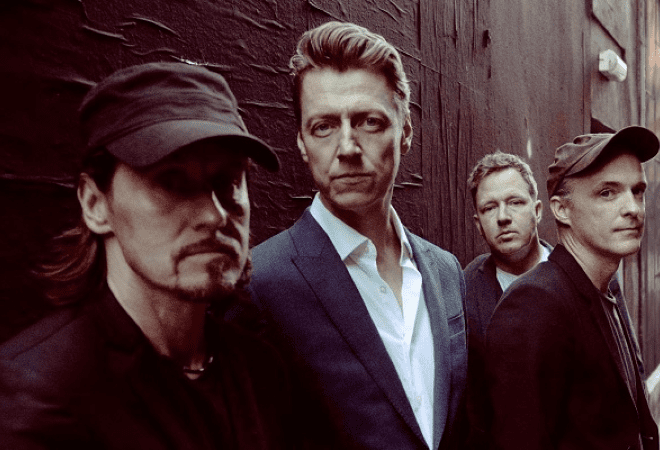 Travis are heading out on tour across the UK in May 2022 in support of new album ’10 Songs’ – rescheduled dates!

Travis shared track ‘The Only Thing’ featuring Susanna Hoffs of The Bangles, after first giving fans a taste of what to expect from what will be their ninth studio release in the form of single ‘A Ghost’. Visuals for both tracks were directed by frontman Fran Healey.

Discussing the latest video Fran commented, “This is definitely my Covideo. One of the main prerequisites was to somehow get us all on the same stage and try to capture the spontaneity of a duet while the performers are in different locations. Leading up to the shoot, I would send Susanna a video of a great duet. Summer Wine, I Got You Babe, Islands In The Stream. I hired a small film crew and persuaded Glasgow’s Theatre Royal to open its doors to us. I directed the shoot remotely, via three phones. One in the DP’s ear, one FaceTime trained on the monitor and one iPhone with the band. There were so many moving parts. I’m amazed we got there and it turned out great.”

WATCH THE MUSIC VIDEO FOR ‘THE ONLY THING’ HERE:

The collaboration the propelled frontman Fran and Susanna to team-up was born from a chance exchange on Twitter. The Bangles singer commented, “Fran and I met through a mutual appreciation on Twitter. The friendship grew from there. One day, he asked me to sing with him, and without hesitation, I burst out ‘Yes!’. He showed up at my doorstep with his recording gear and we recorded my vocals in the living room. Collaborating with Fran and the band has been a pure pleasure.”

The album was co-produced by Fran alongside Robin Baynton and recorded at RAK Studios and features the full band line-up.