Tove Lo New Single ‘No One Dies From Love’ 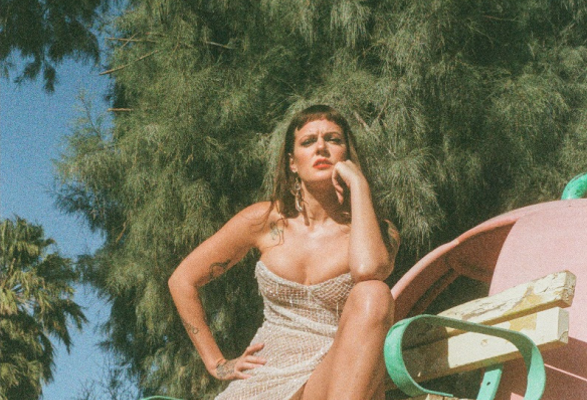 Tove Lo has dropped brand new single and music video for ‘No One Dies From Love’.

The track was co-written with long-time collaborator Ludvig Söderberg and marks the start of an exciting new chapter for the Sweden-born, Los Angeles-based artist.

Discussing the new song Tove Lo commented, “When you’re with someone for a long time and it ends all of a sudden, it’s like a part of you has died. This person is now a stranger to you. All of the memories are tainted. For the first part of the breakup, you believe you’re not supposed to feel good about anything you had together. What I believe I do best is ‘heartbreak you can dance to.’ The song is that.”

The accompanying visual was filmed in Mexico City and directed by Brazilian duo Alaska, who previously collaborated with the singer on her ‘Are U Gonna Tell Her?’ music video.

She revealed, “All the songs on the album are very cinematic, dramatic and grand, so for the visual story I want to attach a character to each song. For No One Dies From Love it’s the classic vulnerable, lonely starlet looking for connection. This mini movie is a different kind of love story.”

The pop powerhouse will be embarking on a headline tour this autumn, with 15 live dates scheduled across Europe and the UK. She also has a string of shows and festival appearances lined-up for this summer, including a support act slot on Dua Lipa’s Future Nostalgia Tour dates in Oslo and Norway.

In addition, Tove Lo recently announced the launch of her own record label Pretty Swede Records with mtheory, creating an independent platform for her artistry.