Top 10 Most Epic Music Festival Moments of All Time 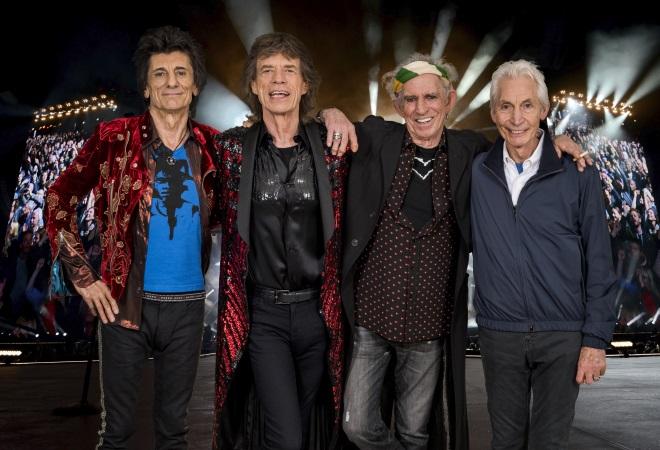 Each year music lovers flock to festivals around the country and beyond. Whether it’s the dream of seeing your favourite band or artist live or getting a taste of some new music, nothing beats getting your hands on a pair of festival tickets because you can always be sure of one thing – it will be an experience you’ll never forget!

Who: The Stone Roses
Where: Spike Island
When: 1990

The legendary live show may not have taken place in the most glamorous of settings, but it went down in music history as the day The Stone Roses stepped into the spotlight and a celebration of all things Madchester.

Who: Nirvana
Where: Reading Festival
When: 1992

Nirvana’s headline set at Reading is widely considered as one of the most iconic festival performances ever. Following rumours of drug abuse and deteriorating health, Kurt Cobain rolled onto the stage in a wheelchair and delivered a powerful set – this was also the last UK show the band ever played.

Who: Oasis
Where: Glastonbury
When: 1994

Not only was this the first appearance for Oasis at Worthy Farm, giving us a rare glimpse at pre-famous Liam and Noel, but also the first year the festival broadcast on Channel 4. The mega line-up featured the likes of Peter Gabriel, Paul Weller, The Levellers, Pulp and Blur.

Who: Underworld
Where: Reading Festival
When: 1996

Although The Stone Roses where headlining the mainstage, the surprise festival highlight took place on the second stage with Underworld stealing the show thanks to their big hit ‘Born Slippy’. The track had become a huge anthem following the release of the Trainspotting film soundtrack and quickly saw them draw in the crowds.

After dropping their hugely successful album ‘The Fat Of The Land’, audiences flocked to see the band perform at V. In fact, the performance was said to have been stopped for 15 minutes in a bid to prevent people getting crushed.

Despite the likes of Pixies, Foo Fighters and Iron Maiden headlining, it was the Sheffield foursome that became the most talked about act of the weekend after taking the stage in the Carling tent. The band returned the following year and rocked the mainstage like it was 2005.

The French duo played hit after hit, along with their signature robotic suits, chunky helmets and epic light show.

Who: The Verve
Where: Glastonbury
When: 2008

Despite Michael Eavis wanting Keane to headline, his daughter Emily insisted on The Verve – and boy are we glad she did! The band provided an epic end to the festival, with the crowd singing along to big tracks like ‘Sonnet’ and ‘Bitter Sweet Symphony’.

All four members of the band reunited for a triumphant headline set on the Pyramid Stage, kicking off with their massive debut single ‘She’s So High’ and ending with an emotional encore of ‘The Universal’.

Who: Beyoncé
Where: Glastonbury
When: 2011

Queen Bae made history as the first woman to ever headline Glastonbury, following in the footsteps of husband Jay Z who headlined the Pyramid Stage back in 2008. Beyoncé also became the first black woman to headline Coachella earlier this year, adding yet another notable accomplishment to her long list of music accolades.

Who: The Rolling Stones
Where: Glastonbury
When: 2013

The Stones where without a doubt what every festival goer was waiting for at 2013’s festival. The legendary rockers did not disappoint with a crowd-pleasing setlist including tracks like ‘Jumpin’ Jack Flash’, ‘Paint It Black’, ‘Gimme Shelter’ and ‘Sympathy For The Devil’, making for a truly unforgettable Glastonbury debut.