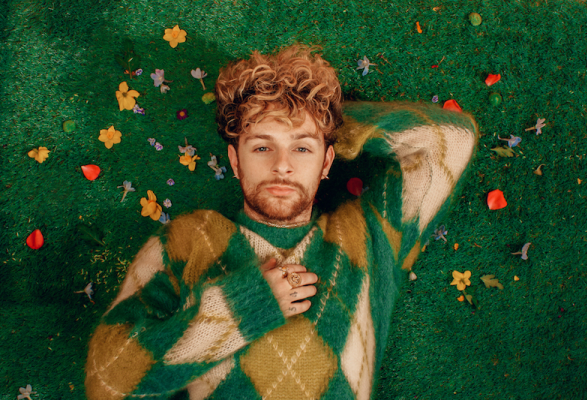 The track was recorded in northwest London with LostBoy and gives fans a taste of what promises to be a huge 2022 for the rising star.

Tom commented, “I wanted to write a song that reminded me of a moment in my life where I realised I had given up something that was really making a difference in my life – in a good way. It’s about reconnecting. It’s that feeling when you’re at the top of the rollercoaster and you’re like: this is the best feeling.”

The video itself acts as a metaphor for the joy and potential behind a closed door in life when you dare to open it. Featuring Tom moving through vivid, high-speed city scenes, it is the perfect accompaniment to the powerful track that captures his fresh outlook and gratitude for the characters in his life.

Speaking about the video he said, “Come on then, step into this new world! Welcome to the first chapter…”

The singer-songwriter has achieved two platinum-selling Top 10 singles, a UK No.1 album, two BRIT Award nominations, 100,000 gig tickets sold and over one billion streams to date.

Currently in the studio working on new music for his anticipated third album, he said, “I have a new story to tell…I’m on a run, I’m in sixth gear.”

Tom Grennan will be hitting the road on tour across the US, Europe and Australia throughout spring/summer 2022. He has also lined-up a string of UK live dates, including a huge homecoming gig at Bedford Park on 04 June 2022, which will be his biggest UK outdoor headline show yet.

His debut studio ‘Lighting Matches’ dropped back in 2018 and featured singles ‘Something In The Water’, ‘Sober’ and ‘Found What I’ve Been Looking For’.