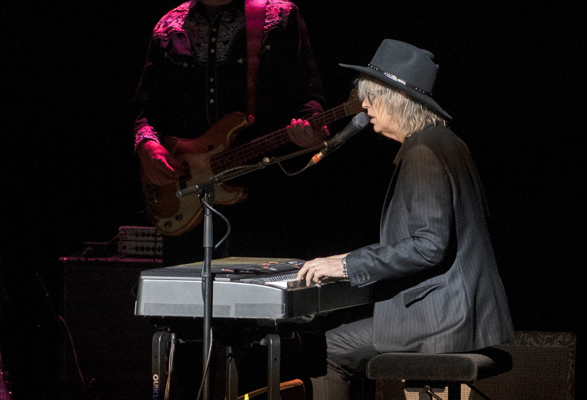 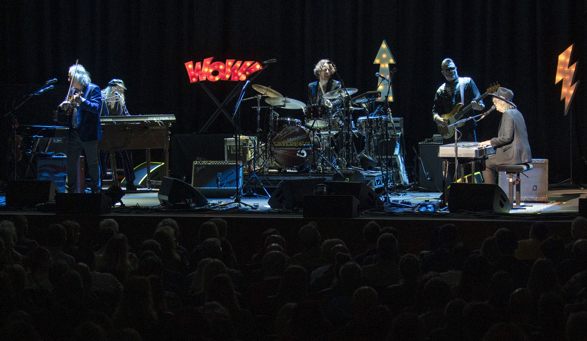 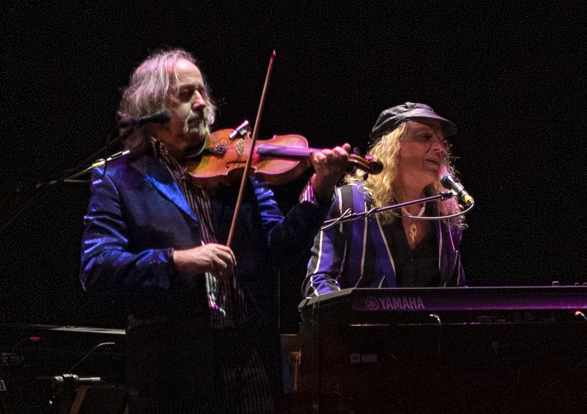 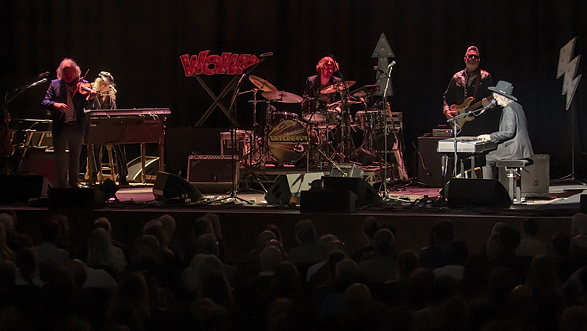 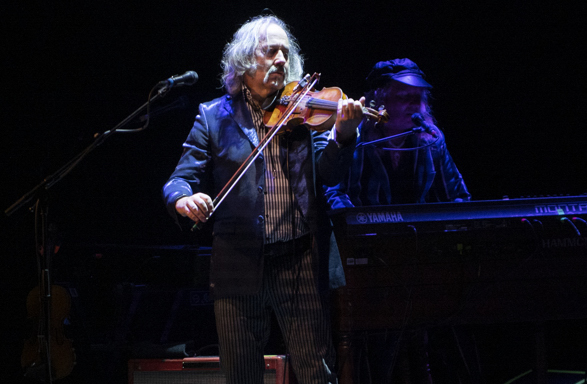 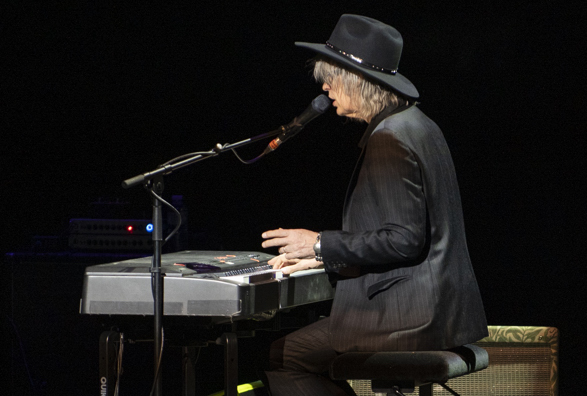 Formed in Edinburgh back in 1983, a tour by The Waterboys is always something to look forward to. One of the founders of what became known as the ‘Big Music’ alongside Celtic bands such as Simple Minds and Big Country these days The Waterboys offer much more than a simple mix of Celtic folk and rock.

Led by Mike Scott, The Waterboys are not short of talent. In particular, Steve Wickham who has been alongside Scott almost from the band’s beginnings and knows how to make the fiddle and mandolin sing, and on Hammond organ and keyboards they have the exuberant, Grammy winning ‘Brother’ Paul Brown whose forays to front and centre soloing on a huge keytar was a highlight of the show.

With the well received album ‘Good Luck, Seeker’ released last year the current tour gives the band the opportunity to give a few of the new songs a first live outing including ‘Dennis Hopper’ and ‘My Wanderings In The Weary Land’ which were performed in the first of two separate sets at Stockton’s Globe theatre on Tuesday evening.

One of the highlights included ‘Old England’, which was a grim look at the ends of empire when first written over thirty five years ago and now seems an even more accurate, desolate look at where we are as a country. Crowd favourites ‘This Is The Sea’, ‘A Girl Called Johnny’, ‘Fisherman’s Blues’ and ‘Whole of The Moon’ of course all were received enthusiastically.

Mike Scott sang the praises of the venue telling us, accurately, how beautiful it was, but in truth it was sad to see the venue probably only looked about two thirds full at best, with big gaps in the rear stalls and balcony. It’s early days for the venue of course and it was only the third concert after McFly and Nick Cave’s recent visits since reopening but here’s hoping the Teesside audiences start picking up over the next few shows.