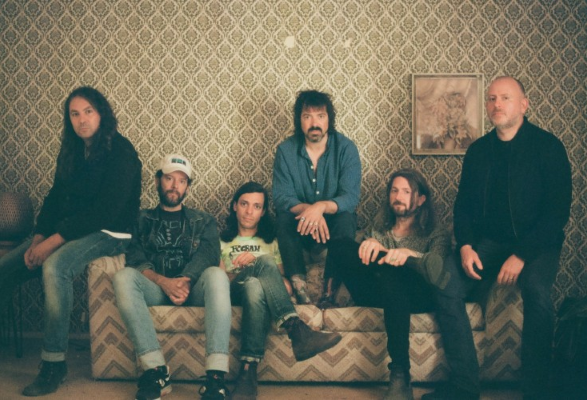 The War On Drugs are hitting the road on a huge world tour next year in support of their upcoming album ‘I Don’t Live Here Anymore’.

The new record will be their first studio album in four years and is due out on 29 October 2021.

It follows 2017s ‘A Deeper Understanding’, which won the 2018 Grammy for Best Rock Album.

Soon after taking home the prestige award, frontman Adam Granduciel, bassist Dave Hartley and multi-instrumentalist Anthony LaMarca retreated to upstate New York to jam and cut new demos. These sessions soon transformed into early versions of some of tracks featured on ‘I Don’t Live Here Anymore’, which was recorded across seven studios including Electric Lady in New York and Sound City in LA.

The band have also shared new track ‘Living Proof’ alongside an accompanying music video. Directed by Emmett Malloy and shot on 16mm film, the visual captures Granduciel wandering around the beaches, forests and fields nearby the historic Panoramic studio in Stinson Beach, California.