The Snuts ‘The Rodeo’ Music Video 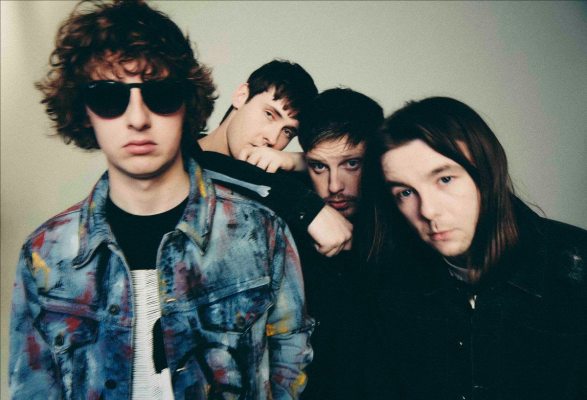 Following their debut performance at Glastonbury festival last month, the Snuts have dropped the official music video for new single ‘The Rodeo’.

Directed by Alice Backham and shot in Mexico City across the band’s recent dates, the anthemic indie track is the fourth song to be revealed from their highly anticipated new album ‘Burn The Empire’, due out on 07 October 2022.

Lead singer Jack Cochrane discussed the latest music video saying, “We went to Mexico to play some shows and were lucky enough to discover the amazing world of Escaramuza Charra, the only female equestrian event in the Mexican charrería, whilst we were there…We loved it so much, we asked Regina Segura Martinez to feature in this video.”

Produced by long-time collaborators Detonate and Clarence Coffee Jr, ‘Burn The Empire’ is set to continue the band’s evolution both sonically and lyrically.

On the new album Jack commented, “The universe delivered us time to create a record where we finally felt we could address some of the topics, be it societal or spiritual, that we have been dying to scream …There are songs about the highs & lows, stuff we really want to talk about and things we cannot help but feel, but have just never made the space to.”

The record will be the follow-up to their acclaimed, No.1 selling debut album ‘W.L.’

The Snuts are currently scheduled to perform at a string of UK summer festivals including TRNSMT and Kendal Calling. They will also be joining Gerry Cinnamon as support for his huge Glasgow show at Hampden Park later this month as well as Jamie Webster’s Liverpool gig in November.