The Sherlocks New Single ‘End Of The Earth’ 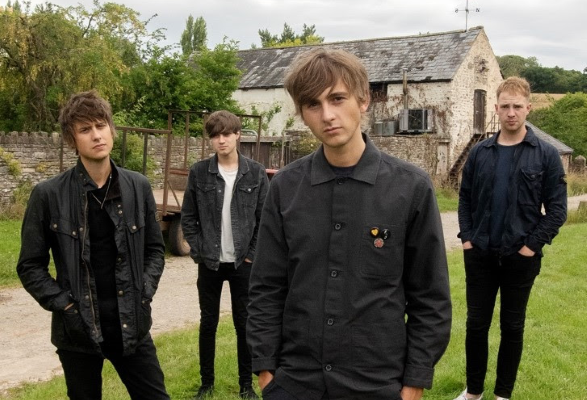 The Sherlocks have announced a brand new single plus very special livestream performance.

The track entitled ‘End Of The Earth’ is due to drop on 09 April and will be the alternative indie rockers first new material in two years, following their critically acclaimed UK Top 20 sophomore LP ‘Under Your Sky’.

Discussing the upcoming release, they commented, “‘End Of The Earth’ is quite punk rock for us, a slight change in direction. But definitely the perfect comeback track. If this single was a person it would be kicking the front door off! This track is WILD!!”

The four-piece have also revealed that they will be performing a special livestream show via Sessions on 09 April 2021, tickets on sale now from See Tickets

Revelling in the opportunity to get back on stage they said, “We locked ourselves in the studio for 3 days straight with sleeping bags and bottles of spirits. Proper sessions on and off the instruments. We chose Sessions because they allow us to connect with our fans wherever they are in the world, we’re buzzing for everyone to see us perform again. We’ve been smashing it in the practice room and staying ready, like a world champion boxer ticking over. We’re like the Tyson Fury of the music industry in many ways.”

With their highly anticipated third album rumoured to be on the way soon, 2021 looks set to be an exciting and busy time for the band!