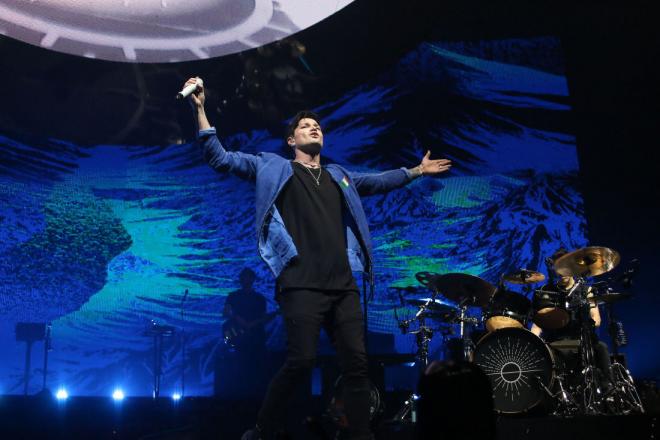 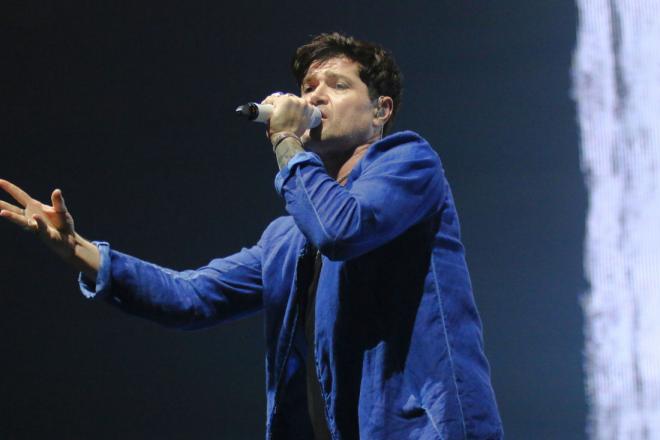 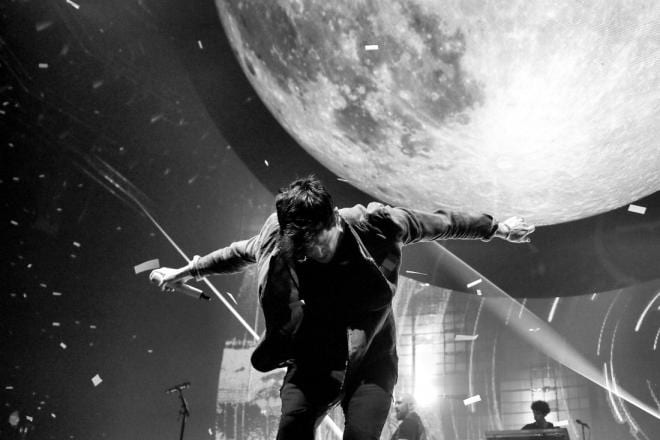 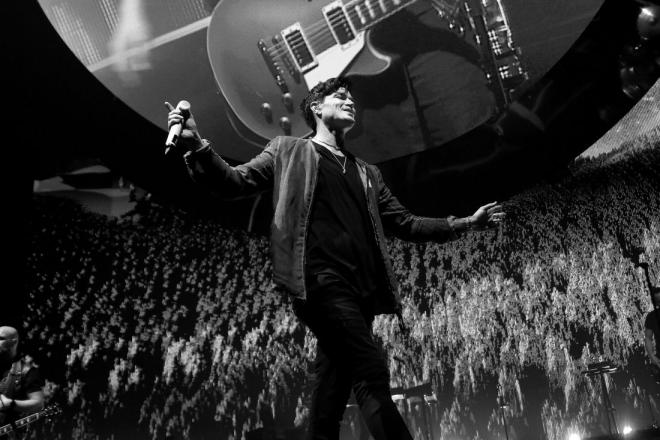 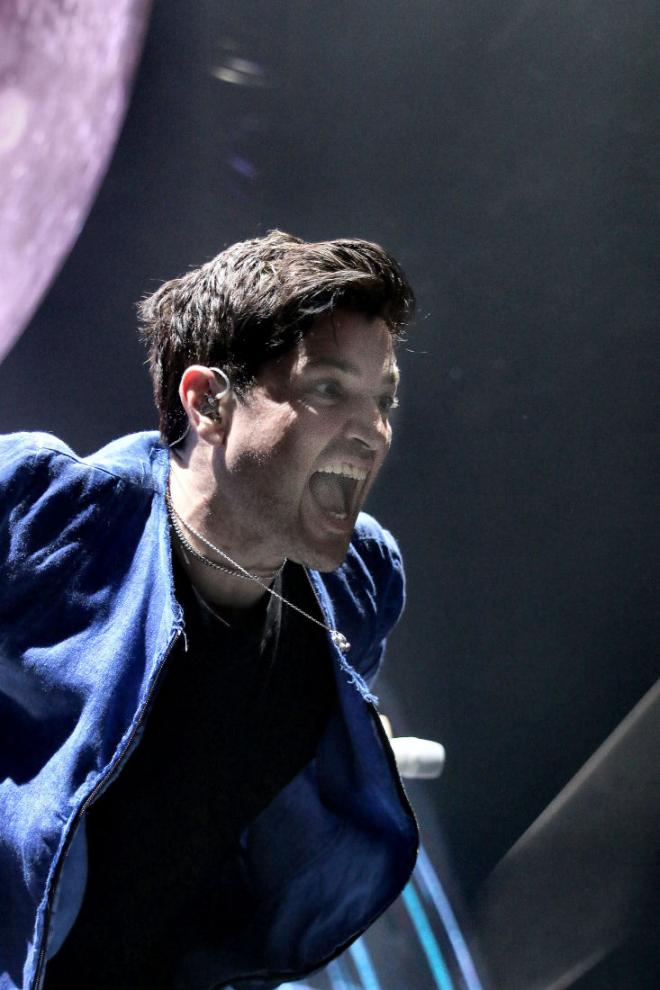 The Script brought their Sunsets And Full Moon Tour to a packed out Resorts World Arena tonight with some splendid staging. Complete with second stage to the rear of the arena with a gigantic moon dangling above it, and the main stage having superb back screen projections, really classy. Danny and the boys may have been together for 13 years, but their exuberance has not dulled. Straight into ‘Something Unreal’ it was obvious they were not going to take any prisoners and after a comment about the recent weather, they launched into ‘Rain’. Another gem was a mash-up with ‘Good Old Days’ and the house of pains ‘Jump Around’ – the crowd absolutely losing it.

At one point the band made their way down to the other stage, Danny with a selfie stick in hand filming the crowd and performed a few songs to the delight of the people at the back. That wasn’t the only time the band went walkabout, they appeared in a block to our right in the side seats and performed some more, including the brilliant recent hit single ‘Run Through Walls’ before eventually going back to the main stage. It is obvious to all, the highest regard that they hold their fans in, and the feeling is reciprocated. They would do anything that Danny wants them to do, and at one point he had the entire standing area jumping eight steps to the left and then eight to the right, from our higher vantage point it looked fantastic.

At one part Danny admitted that he used to sometimes ring his ex’s while on stage, and took it further by asking for someone’s phone with an ex on it to ring, showing that the name on the phone was “Nick the P****”. I kid you not and after ringing him, sang ‘Nothing’ with the crowds help, and instead of Nick hanging up, ended Facetiming, which Danny delighted in showing on the very large screens! Fantastic.

The sound, the lighting and the set, were brilliant. Topped off with a band who after all these years seem to be more popular and hungrier than ever, going from strength to strength with a fantastic latest album ‘Sunsets And Full Moons’, the songs, well just listen to them. ‘The Last Time’, ‘Six Degrees Of Separation’, ‘Hall Of Fame’, ‘Breakeven’ the list goes on. But the night had to end, let’s hope we can all do this again SOON.