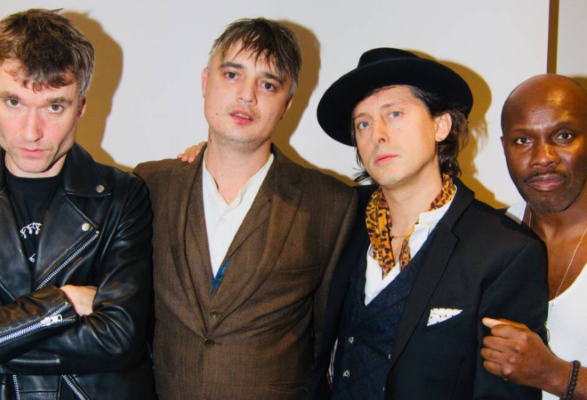 The Libertines have confirmed that they will be hitting the road with the Giddy Up A Ding-Dong Tour in November/December 2021.

The run of shows will mark the first time in two years and the four bandmates have toured together.

The group has released three studio albums to date including 2002s ‘Up The Bracket, 2004s ’The Libertines’ and 2015s ’Anthems For Doomed Youth’. Some of their biggest hits include debut single ‘What A Waster’, ‘Don’t Look Back Into The Sun’, ‘Can’t Stand Me Now’ and ‘What Became Of The Likely Lads’.

Following the release of their last full-length record, the band toured extensively, playing to over a million fans across the globe.

The legendary indie rockers opened The Albion Rooms Residence in Margate back in early 2020. They are due to reopen the one-of-a-kind boutique hotel and studio in May this year.