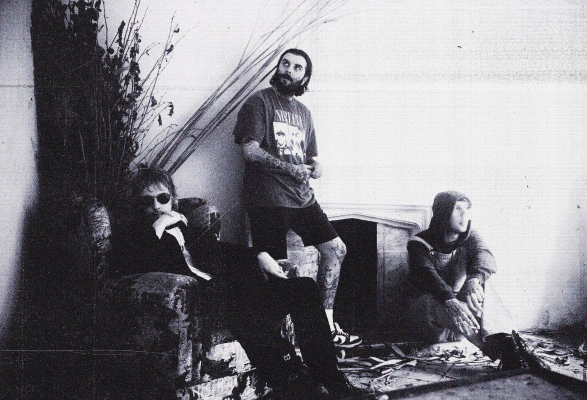 The Hunna have announced their self-titled fourth studio album, due out on 28 October 2022.

The band have also released new single ‘Trash’ alongside an official music video.

Frontman Ryan Potter commented, “We’re not calling anyone specific out…it’s just overall industry suckiness. It highlights things we’ve experienced in the industry over the years and things we see going on and hear about now. There’s a lot of bad shit that still goes on in the industry and a lot of it gets swept under the rug. But we’re in the position where we’re on our fourth album, we feel refreshed and confident and this is what we’re going to say. You either like it or you don’t, it’s cool either way. We are who we are.”

CHECK OUT THE VIDEO FOR ‘TRASH’ HERE:

WE ARE VERY EXCITED TO ANNOUNCE OUR FORTHCOMING, SELF-TITLED NEW ALBUM. “THE HUNNA” WILL BE RELEASED 28/10/22. PRE-ORDER NOW. pic.twitter.com/woQ11Mnxjb

The band is Ryan Potter on vocals/guitar, Dan Dorney on guitar and Jack Metcalfe on drums.

The Storm
Trash
Fugazi
Find A Way Out (Back To You)
Circles
Other Side
Take A Ride (Lights, Camera, Action)
Sold My Soul
Sick
You Can’t Sit With Us
Apologies
Untouched Hearts
The Calm