The Howl & The Hum Debut Album 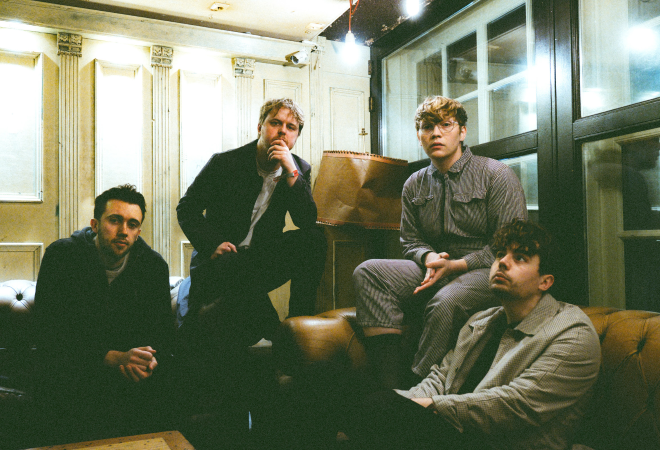 The Howl & The Hum have announced their debut album ‘Human Contact’, due out for release on 29 May 2020.

The album was produced by Jolyon Thomas and recorded at Big Jelly Studios in Kent. Frontman Sam Griffiths commented, “’Human Contact’ is about a very modern kind of loneliness: one in which we are reminded of intimate moments which haunt us, via technology or through isolation. This album is both a breakup record and a love letter to memory, and the fading definition of human contact itself. Recorded in September 2019, this album was written before society fell into a period of self-isolation, which goes to show the importance of Human Contact in a digital age.”

Hailing form York, the rising four-piece guitar band has grown their dedicated fanbase off the back of their energetic live shows, including a headline gig at The Scala in London. They have sold-out tours across the UK as well as hit the stage at SXSW and The Great Escape. With their music already clocking up over 10 million streams to date on Spotify, it’s no surprise they have received radio support from Huw Stephens, Annie Mac, Tom Robinson and John Kennedy as well as been tipped by the likes of Wonderland, DIY, The Line of Best Fit, Clash and Music Week.

The group recently took to Facebook Live to entertain fans with some songs during lockdown – WATCH HERE.

They also headed to Instagram Live to play cover of Radiohead’s Fake Plastic Trees in a bid to help raise funds for touring crews around the world who are out of work due to COVID-19.