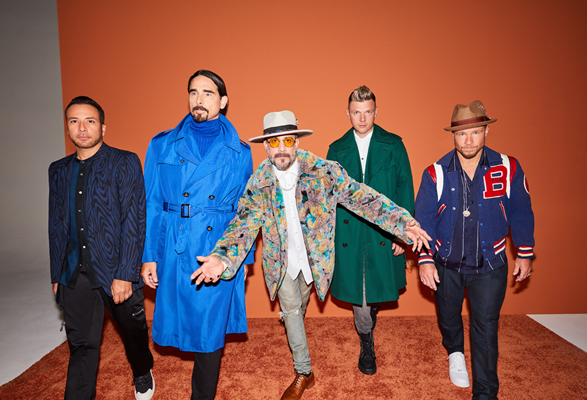 The Backstreet Boys will bring their DNA World Tour to London & Manchester this November.

The group last performed for audiences across Europe in 2019, selling over 350K tickets and captivating fans with their impressive catalogue of hit songs.

One of the best-selling bands of all time, The Backstreet Boys have also announced their new docu-series Making Of The DNA Tour – episodes will be available to watch on their official YouTube channel here.

In early 2019, BSB released their Grammy-nominated 10th studio album ‘DNA’, featuring hit single ‘Don’t Go Breaking My Heart’. The critically acclaimed, chart-topping track was the group’s first hit on the Billboard Hot 100 in 10 years. Following its release, the single went straight to No.1 on iTunes Top Songs and Global charts as well as charted in over 22 countries across the globe.

The Backstreet Boys will contribute a portion of ticket sales from their DNA World Tour 2022 to UNHCR, the UN Refugee Agency. This contribution will protect and assist refugees and displaced people in Ukraine and neighbouring countries. To find out how you can support those affected by this emergency visit their website here.