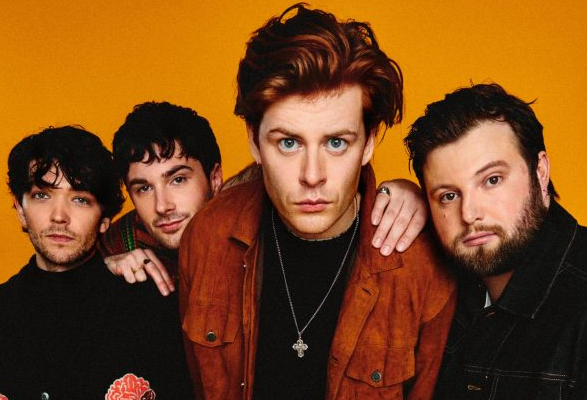 The Amazons have announced their new anthem-packed third album ‘How Will I Know If Heaven Will Find Me?’, due out on 02 September 2022.

Produced by Jim Abbiss and featuring co-writing collaborations with the likes of Maggie Rogers & Jamie Hartmann, the upcoming release follows the band’s two huge Top 10 records and sold out shows across the globe.

The Reading four-piece have also revealed a first taste of the record in the form of new single ‘Bloodrush’.

Frontman Matt Thomson commented, “The verses are all about communicating with my girlfriend – I’d had enough of the monotony of waiting to see her…We finally met up in Mexico, quarantined for two weeks together, then spent two wonderful months together in LA. I came home and went straight to Jamie Hartmann’s place where we captured the rush of what I’d just been through. It’s about whatever it is you never want to live without and the joy of being given it back.”

The Amazons are currently gearing up to hit the road with Royal Blood this month , followed by a series of summer festival appearances and a UK tour in October – full details below: