The Academic New Single ‘Anything Could Happen’ 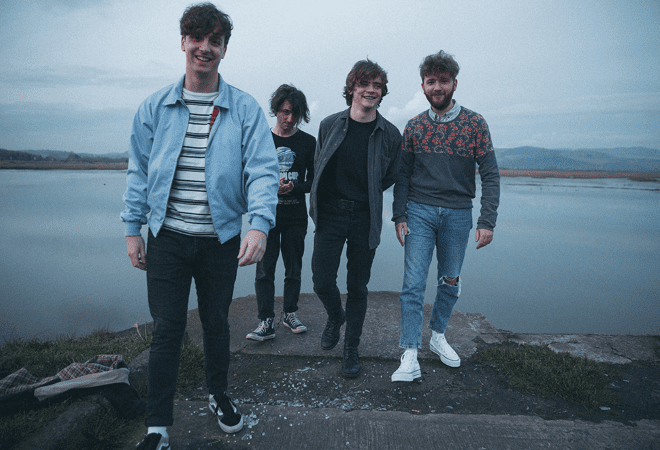 The Academic have shared brand new single ‘Anything Could Happen’, produced by ex-Kaiser Chief Nick Hodgson and lifted from their upcoming EP.

The music video for the pop-tinged indie track was directed by Hope Kemp and Ronan Corrigan and features couples enduring lockdown around the globe.

‘Anything Could Happen’ is the indie rockers first single since signing a worldwide deal with Capitol Records. The track received its worldwide premiere on Annie Mac’s show on BBC Radio 1.

Already stars in their native Ireland, The Academic have achieved a No.1 album and sold out numerous music venues.

The quartet recently confirmed rescheduled tour dates for later this year – check out details below on where to catch them performing live:

The Academic’s new EP is due to be announced soon, meaning this could be the year that these local boys explode on an international scale.

Band members are Craig Fitzgerald on lead vocals and guitar, Matthew Murtagh on guitar, Stephen Murtagh on bass and Dean Gavin on drums.