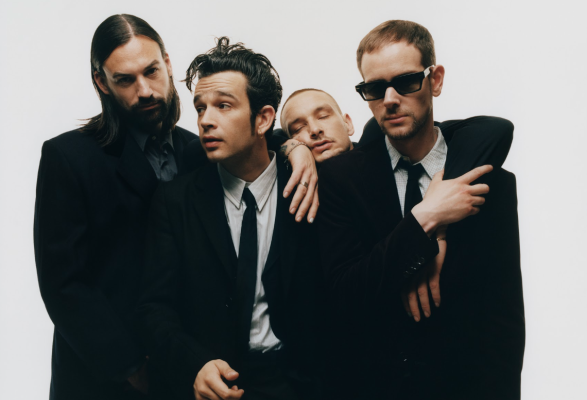 The 1975 have released new single ‘Happiness’, the second track to be taken from their highly anticipated forthcoming album ‘Being Funny In A Foreign Language’.

WATCH THE MUSIC VIDEO FOR ‘PART OF THE BAND’ HERE:

Both tracks will feature on the band’s upcoming fifth studio album ‘Being Funny In A Foreign Language’, recorded at Real World Studios in Wiltshire and Electric Lady Studios in New York.

The full-length will be the follow-up to 2020s ‘Notes On A Conditional Form’, which earned the group their fourth consecutive UK No. 1 album.

Since forming in Manchester in 2022, the English pop rock outfit have established themselves as one of the defining bands of their generation.

Not only were they named NME’s ‘Band of the Decade’ in 2020, but also took home ‘Best Group’ at the BRIT Awards in both 2017 & 2019. In addition, their third studio album ‘A Brief Inquiry Into Online Relationships’ won ‘Mastercard British Album of the Year’ at the 2019 ceremony.

The 1975 ‘Being Funny In A Foreign Language’ Full Album Tracklisting: