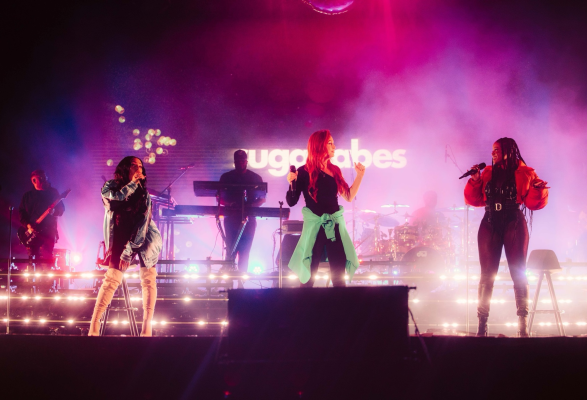 The most successful British female group of the 21st century is back! Sugababes announce huge 17-date UK tour for this autumn.

They will also be performing at Glastonbury this Friday (24 June) on the Avalon Stage, with a jam-packed set of their biggest hits such as ‘Push The Button, ‘Run For Cover’, ‘Hole In The Head’ and more fan favourites.

Over twenty years after their influential debut album ‘One Touch’ and the breakout critically acclaimed single ‘Overload,’ Sugababes are still one of the biggest selling British girl groups of all time, with six No.1 singles, millions of global sales and multiple multi-platinum albums.

This year also marks 20 years since the Babes scored two of their biggest UK No.1s, ‘Freak Like Me’ and ‘Round Round’.

The Sugababes commented, “We’re so excited to come full circle and announce our own headline UK tour. We’ll be hitting the road in October and November – can’t wait to see you all there.”