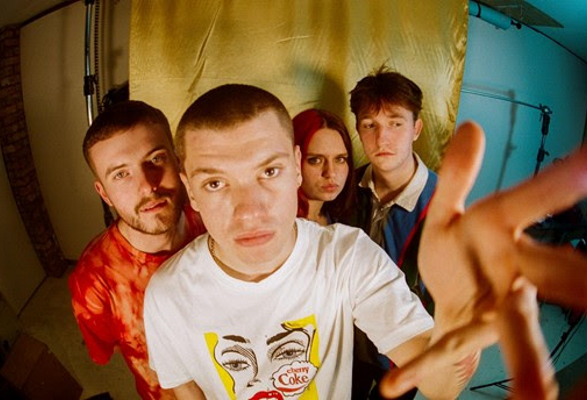 The track is the follow-up to their previous single ‘Let’s Dance To The Real Thing’.

Discussing the song the indie band commented, “Stupid was captured during a period of time when we felt torn between being a child and an adult. The lyrics go deep into the youthful angst of growing up. We’ve backed this with a wall of sound and a guitar riff that almost sounds like an alarm siren letting you know how real everything is getting. The lyrics are sarcastic at times and we wanted the melody of the guitar and bass to have a groove to pace the song out. We wanted the song to feel uneasy and exciting at the same time.”

STONE have already hit the road on tour alongside the likes of The Blinders and Buzzard Buzzard Buzzard as well as appeared at festivals including Live At Leeds and Liverpool Sound City.

In addition to joining The Reytons on tour as support this spring, fans can also catch them live at various festivals this summer including Stockton Calling, Neck of the Woods, Kendal Calling and Boardmasters.

STONE are Fin Power on vocals/guitar, Sarah Surrage on bass, Elliot Gill on lead guitar and Alex Smith on drums.